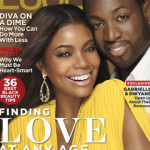 Union and Wade appears on the cover of Essence magazine to discuss marriage. Wade stated divorce is hard and they would only marry again if it would last forever.

We’re not rushing it. Both of us have been married before, and we understand that if we choose to marry again, we want it to be right. We both took failing at marriage hard. The next time it’s gotta be forever.