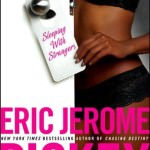 Dickey follows a hit man name Gideon in the book Sleeping With Strangers. He’s a man who lives off the grid, drifting along while making love on the run. His lovers don’t know what he really does for a living but there is something intriguing about him. Gideon is broken hearted and looking for revenge. But like everything else, it comes with a price.

A lot of other writers of characters who are hit men, you know, so for me it was just an extension of trying to find a different character based on what I’ve done before. You know, I’ve done con man. I’ve done grifters. I’ve done engineers. I I’ve done stand-up comics. And so for me, Gideon was just this perfect character for this particular type of story that I was craving to do. How much of Gideon do you want, you know.