Dumezweni is cast as Hermione Granger in the upcoming play, Harry Potter and the Cursed Child.

Wands are expected to be priced around $50.

Seven years after completing the Harry Potter book series, Rowling posts an update on her characters to her website Pottermore. The update is written in the form of an article written by the journalist Rita Skeeter. In it, Harry has aged and is now sporting a mysterious cut on his cheek. He is married to Ginny Weasley who is now a journalist. Ron Weasley is still married to Hermione Granger – who is now the deputy head of the Department of Magical Law Enforcement. Shortly after the story is posted, the site experiences multiple crashes as fans rush to read the new piece.

With visitors starting to line up at 4 a.m., Diagon Alley opens to huge crowds at Universal Studios in Orlando, Florida. Thousands of Harry Potter fans stood in long lines to partake in opening day; at one point, the Escape From Gringotts ride had a six-hour wait. Potter fan Luke Viramontes:

There are a lot of crazy fans like me here, so it’s definitely a great environment to be in. I’m here because I love Harry Potter. 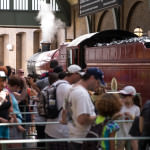 Universal Studios in Orlando announces that even though Diagon Alley will not actually open until July 8th, guests at the park will be treated to a limited early admission as part of a “soft open” of the Hogwarts Express. This soft open will allow for the theme park to test out their new ride in hopes of getting any “kinks” worked out before their grand opening. The openings are only in brief, limited windows for a few lucky guests though it is expected that the ride will be running at longer intervals the closer to opening day they get.

In the United States, Scholastic Publishing releases Harry Potter and the Sorcerer’s Stone. The name changes from Philosopher to Sorcerer in the belief that it will be more appealing to children.

When the Potter books first came out, we didn’t know they would sell millions of copies, but we all read them and loved them and we thought they were the kinds of books that would really grab a child. We hand-sold the heck out of them, the same way we would with any book that was so well written. 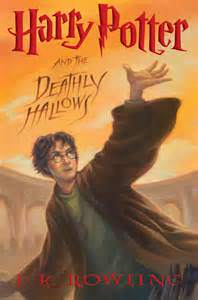 The sixth installment is released in various countries and sells 6.9 million copies on its first day. In Potter’s sixth year at school, he stumbles upon a mysterious textbook annotated by a person named the Half-Blood Prince. Potter searches for the book’s owner as well as a memory that may aid in defeating the dark Lord Voldemort. He learns more of Voldemort’s past and works alongside his school’s headmaster, Dumbledore, to prepare for battle. Rowling:

A lot happens in the sixth book and a lot of questions are answered. I really have a sense that we are nearly there and it is time for answers, not more questions and clues, although obviously there are a few clues as I am not quite finished yet. 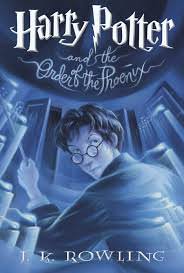 The novel is released to fans in the U.K., United States and Canada. Within a day, five million copies are sold. In the novel, Potter faces many challenges that include exams, a school take over by the Wizarding government and a return of nemesis, Lord Voldemort. Potter partners with The Order of the Phoenix, a rogue team of witches and wizards, to fight Voldemort. It is Rowling’s longest book in the series so far.

I think what I was trying to do with the death in this book was show how very arbitrary and sudden death is. This is a death where you didn’t have a big death bed scene. It happened almost accidentally, and that is one of the very cruel things about death, and they’re now in a war situation where that really does happen, where one minute you’re talking to your friend and the next minute he’s gone. It’s so shocking and so inexplicable… “Where did they go?” I found it upsetting to write, because I knew what it would mean to Harry. 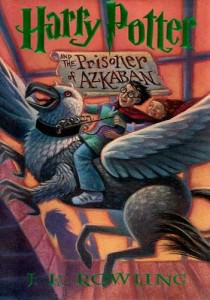 The third novel is released in the UK. Harry, Ron, and Hermoine investigate Sirius Black, an escaped prisoner who may have ties with the villian, Lord Voldemort. The book sells 68,000 copies in 3 days.

Out of the five books I’ve published, writing Azkaban was the easiest, and in some ways I think that shows. 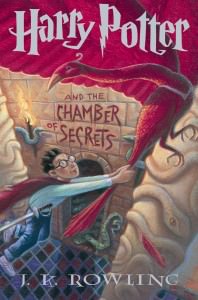 Bloomsbury releases Harry Potter and the Philosopher’s Stone by J.K. Rowling in the UK. The book is about a young orphan boy who learns that he’s a wizard, thus opening him up to an underground magical world. Along the way he becomes best friends with characters, Ron Weasley and Hermoine Grainger. He also learns of the threat to the “wizarding” world, Lord Voldemort, and his connection to the villain. The original print of 500 copies becomes popular in the U.K. Rowling speaks of the book’s creation:

In 1990, I was in Manchester looking for a flat, but I decided to take the train back to London and the idea for Harry Potter fell into my head during the journey. I had been writing since I was six, but I had never been as excited about an idea as I was for this book. Coincidentally, I didn’t have a pen and was too shy to ask anyone for one on the train, this gave me the full four hours on the train to think up all the ideas for the book. I began to write ‘Philosopher’s Stone’ that very evening.