Deprecated: wpdb::escape is deprecated since version 3.6.0! Use wpdb::prepare() or esc_sql() instead. in /www/newslinesorggc_426/public/wp-includes/functions.php on line 5233

Deprecated: Function create_function() is deprecated in /www/newslinesorggc_426/public/wp-content/plugins/ajaxy-search-form/sf.php on line 40

Deprecated: The called constructor method for WP_Widget in AJAXY_SF_WIDGET is deprecated since version 4.3.0! Use __construct() instead. in /www/newslinesorggc_426/public/wp-includes/functions.php on line 5304
 Most Wanted | Newslines
Hilary Duff 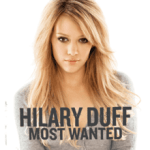 Duff releases her first compilation album Most Wanted. The record features 13 tracks, 10 tracks have been previously released and three newly recorded songs. The album also features a collaboration with Haylie Duff on the song Our Lips Our Sealed.

My favorite songs on the album are the three new ones produced by Benji and Joel from Good Charlotte. I’ve been such a big fan of their music for such a long time.

HILARY DUFF INTERVIEW 2005 FROM DVD MOST WANTED JAPAN
Add your comments below...