Franco shows off a fake neck tattoo that pays homage to Emma Watson, with her name written in cursive underneath it. Randall is known for faking tattoos in Photoshop.

In this political comedy, Franco and director Seth Rogen c0-star as journalists on a mission to assassinate North Korean leader Kin Jong-un, under the guise of conducting an interview with him. Directed by Seth Rogen and Evan Goldberg. Co-starring Diana Bang. Their reactions to threats made by North Korea regarding the movie’s impending release:

They don’t have freedom of speech there, so they don’t get that people make stuff.

They went after Obama as much as us. Because [they think] Obama actually produced the movie.

Rogen and Franco are given round-the-clock bodyguards amidst the Sony hackers threat. Insider:

They’re usually not at all the type to have security. James is the kind of guy who takes the subway all the time.

In this movie directed by Henrik Ruben, Franco plays Tom, who with his partner, Anna (Kate Hudson), discover $400,000 in the apartment of the murdered tenant in the apartment below them. They take the money and use only what is necessary to take them out of debt, but become the the target of the thief who stole it. Co-starring Anna Friel, Tom Wilkinson and Omar Sy.

The actor is being sued by Cyril Humphris for stealing his idea for the upcoming movie, Bukowski.  Franco claims the movie is from his own mind and he wrote it from inspiration given by Cyril’s earlier works. Cyril states that the film

borrows the novel’s themes of childhood loneliness; adolescent self-consciousness; the failures, hypocrisy, and cruelty of adults; and, in an unflinching depiction, the crude interest teenage boys take in sex.

James has asked for the lawsuit thrown out of court.

Kim Jong Un condemns Rogen and Franco for making the movie, Interview, in which they attempt to assassinate the Dear Leader.  A North Korean spokesperson says:

[this] shows the desperation of the US government and American society. A film about the assassination of a foreign leader mirrors what the US has done in Afghanistan, Iraq, Syria and Ukraine. And let us not forget who killed [President John F.] Kennedy – Americans.

Elle magazine interviews Franco about his cats and if he could love a woman who didn’t like his cats.

One time, one of my cats was going for a girl’s earring, and he scratched her. He wasn’t a vicious cat or anything. He just wanted the dangling earring, and he cut her face. It was pretty bad.

Franco denies being on Lohans’s sex list. In an interview about his book of poems, a couple of which are about Lohan, he says:

I didn’t write anything bad about them (celebrities). And Lindsay herself has told lies about me with her people-she’s-slept-with list! So I feel like what I said is much less than what she’s said.

Franco had earlier made comments during a March 2013 chat with Howard Stern on SiriusXM radio, confirming he turned down sex with Lohan.

I don’t want to brag about it. I don’t know how that got out. She was having issues even then, so you feel weird. Honestly, she was a friend. I’ve met a lot of people that are troubled and sometimes you don’t want to do that.

Franco writes an article for the New York Times titled Why Actors Act Out, in which he takes an empathetic view on LaBeouf’s recent behavior.  In the article, Franco compares LaBeouf to other actors (including himself) who feel the need to distance themselves from the persona they have created. He goes on to say that an actor’s rebellion against this persona sets in motion a feedback loop where the actor acts out, receives negative publicity, acts out in response to the publicity, and so on.

Mr. LaBeouf has been acting since he was a child, and often an actor’s need to tear down the public creation that constrains him occurs during the transition from young man to adult.  I think Mr. LaBeouf’s project, if it is a project, is a worthy one. I just hope that he is careful not to use up all the good will he has gained as an actor in order to show us that he is an artist.

Franco is honored with a star on the Hollywood Walk of Fame under the category of Motion Pictures. Actor Seth Rogen helps present the star to his good friend.

When I got to L.A., I’d come here and see the stars and it just seemed like it was something that was part of the city and you would never crack that, it was part of Hollywood history. It’ still baffling that my name will be there. 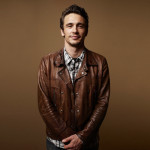 Franco gives an interview to The Talks. He discusses when he went to university and feeling misjudged.

I want to be looked at as an artist and a writer. Really that is all I can ask for and in fact what they have done is they have actually helped usher me into this world so that the next time I will do it will be more accepted. As anybody that talks about criticism knows on a lot of levels it is just people talking. So I don’t mind it.

Franco is nominated for Best Actor at the 83rd Academy Awards for portraying Aron Ralston in 127 Hours.

It feels great to be nominated and it is such an honor to be in the company of my fellow nominees. I’m especially proud of Danny Boyle and the whole team behind 127 Hours for their recognition by the Academy.

Franco is nominated for Best Actor at the 83rd Academy Awards for portraying Aron Ralston in 127 Hours.

It feels great to be nominated and it is such an honor to be in the company of my fellow nominees. I’m especially proud of Danny Boyle and the whole team behind 127 Hours for their recognition by the Academy.

I’d been working on them for a while. I was aware that there’s a lot of material out there that deals with this age group. A lot of it is depicted in a way that the ­writer makes appealing enough but doesn’t own in a certain way doesn’t own certain kinds of acting-out ­behaviors. I was given a lot just by being born where I was, but adolescence is a hard period in anyone’s life. It took time to ­figure out how to group the Palo Alto stories in a way that gives an overall impression that’s focused and intense.

Franco gives interview to Elle about how he prepared to play a gay man in Milk.

You mean, how did I prepare to kiss Sean Penn? As far as the kissing and intimacy, no, Sean and I did not make out during rehearsals or anything like that. I just knew I had to be relaxed and natural or it was going to be ridiculous. So I guess, when you’re actually kissing, you try not to think about it too much. There was one shot where, I don’t know how long it actually turned out to be in the movie, but the shot took about a minute to film. We had to kiss for a minute, which is a very long time on-screen.