Corden picks up Hudson in his car, and performs karaoke with her on the way to work, with stops at her Hollywood Walk of Fame star and Astro Burger. Songs include Trouble, and I’m Telling You from the 2006 musical Dreamgirls.

Is it true your fiance is a law graduate, Harvard Law?’ But he’s also a wrestler. Which makes no sense to me at all. There can’t be many people in the world who are like, ‘I’m going to be a WWE wrestler and have my law degree from Harvard to fall back on.’

Azalea and Hudson perform their single Trouble during the Kids Choice Awards Show.

OWN adopts You Will as its network anthem. The song was composed by Warren and is sung by Hudson and Nettles in their first-ever duet. RCA Records released the single. The song will premiere during the season finale of The Haves and the Have Nots. Oprah:

I was so touched when Diane Warren came to me and said she wrote a song with OWN in mind. And then to have Jennifer Hudson and Jennifer Nettles bring the song to life with their stunning collaboration…what a gift.

The sentiment of my song is that you should never give up on your dreams, own every breath, own every minute, go live a life that’s got no limits. You can do anything. It’s as simple as never think you won’t, and you will.

Hudson joins finalist Lawson for a performance of It’s Your World on the season finale of The Voice from JHUD.

Gorgon City and Hudson performs Go All Night on the season finale of Dancing with The Stars from their album Sirens.

Hudson performs It’s Your World on The Today Show from her album JHUD.

Hudson performs Dangerous during The Today Show to promote her album JHUD. 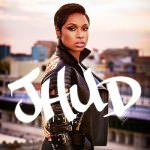 Hudson decides to depart from Weight Watchers after four years. The departure is a mutual decision.

I hear all the time, Don’t lose any more weight, you need to stop. People are under the impression that I’m still losing but I’m not. 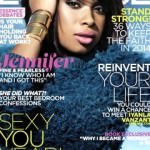 Hudson appears on the cover of Essence magazine to discuss her Christmas movie, Black Nativity. Hudson talks about stepping outside of her comfort zone to play Winnie.

So much was done to suppress Winnie’s voice, to keep her quiet. Winnie’s story needed to be told.

On mastering a South African accent:

I was so nervous about doing a good job that I started working on the accent a couple of months before I even got there.

Hudson is presented with her own star on the Hollywood Walk of Fame for her work in the category of Recording. Music producer Clive Davis serves as speaker at the ceremony.

Look what God can do. I knew I would get emotional, and I’m sure my mom is in heaven like ‘Jenny stop crying’ but now’s the time to cry mama, it is. This is an amazing honor as we all know, and I did not see this coming. I’m so honored to be here with so many that I love and I feel as though we’re all a family.

It’s OK. I’m fine with that. Either way, I really want a little girl and munchkin wants a little sister. He tells me every day, Mommy, I want a baby sister.

Balfour is found guilty of shooting Hudson’s family in a jealous rage and is sentenced to three terms of prison plus 120 years for home evasion and kidnapping. Hudson:

Yes, because I feel like for the most part it’s not his fault. It’s how he was brought up. We tried to offer love, but you were so far gone, that you couldn’t even see that. A lot of things came out, that we didn’t even know about, from his upbringing, which is like he never had a chance. Had you had the love my mother gave us, or the background that some have, then you would’ve stood a chance.

Seacrest interviews Hudson during On Air With Ryan Seacrest about people’s reaction to her weight loss.

Why does image matter. Why can’t it just be about the talent. Only those who have went through this kind of experience will fully understand how different it is being on both sides of the fence. It is so interesting to see how differently you are treated.

Hudson performs Where You At during the Late Show with David Letterman to promote her album Remember Me.

Hudson performs Feeling Good on So You Think You Can Dance from her album I Remember Me.

Hudson performs I’m Here from the Broadway musical The Color Purple in a tribute to Oprah Winfrey at The Kennedy Center Honors. 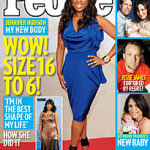 Hudson appears on the cover of People to discuss how she went from a size 16 to a 6. On taking a new approach to food:

I’ve done a lot of diets in the past. I was restricting myself.  I don’t get hungry. I just eat right.

Hudson performs And I Am Telling You at Clive Davis party from the  Dreamgirls album.

Hudson teams with Weight Watchers to be their latest spokesperson. Since giving birth to her son Hudson has lost all the baby weight plus some.

I decided to do Weight Watchers. I feel like I’ve conquered the world. I was very comfortable with myself before. I have a child now and I want to set a great example for him. Make better life choices, health choices, and just create a good example for him growing up.

Hudson performs Spotlight on the Today Show from the album Jennifer Hudson. 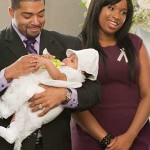 Hudson and Otunga welcome son David Otunga Jr. The baby weighs in at 7 lbs 14 ounces.  The couple decided to leave the sex of the baby a surprise until delivery.

I honestly have the sweetest little baby in the whole wide world. He is my little buddy. I could go on and on and on about him if anyone asks me. I tend to go totally overboard, like most mothers do. Everything I see, I now see through a mother’s eyes. I always say, you never know how much your parents loved you until you have a child to love. 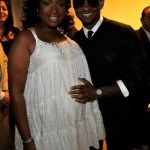 Hudson is pregnant with her first child with Otunga. A baby shower is held for Hudson in downtown Chicago. Felicia Fields:

They’re really trying to keep it kind of quiet. It was a nice time that we had.

I don’t really no what to say. I’d like to thank God who brought me thru. Hudson wins Grammy for best R&B album Jennifer at the 2009 Grammy Awards held in Los Angeles at the Staple Center. 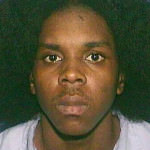 Balfour is arrested for the killings of Hudson’s mother, brother, and nephew. He is sent to Illinois state prison for first degree murder. 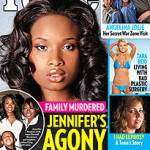 Hudson appears on the cover of People after her family was murdered by her sister’s ex husband.

I just want to pray for her as much as I can, because when you feel like your rock is gone, then you feel alone in the world. I don’t know how anyone can get through something like that.

Hudson learns that her sister’s estranged husband, William Balfour, has murdered her mother, brother, and nephew. Darnell, 57, and Jason, 29, are found fatally shot in the house where Jennifer grew up. After those killings, Julia’s 7-year-old son, Julian, is missing from the home. Julian’s body is discovered in Jason’s white Suburban SUV, which had been abandoned miles from the family home. The boy has been shot in the head. Darnell’s neighbor, Griffin:

He used to say, I’m going to kill Julia and the whole family. But I think he just said it out of anger. In my heart, I don’t believe he would do it because of the love he has for Julia.

Hudson and Otunga get engaged after almost one year of dating. Otunga proposes to Hudson on her 27th birthday with a Neil Lane ring. Hudson:

Our relationship is very strong. We’re both huge family people, and I’m only going to get married once. So I’m not rushing into anything.

Hudson performs I Am Changing on David Letterman’s show from the album Dreamgirls. 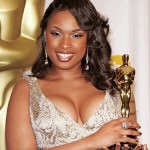 Hudson wins a Best Supporting Actress Oscar for her role as Effie White, a member of a girl group, in the 2006 film Dreamgirls.

I’m prouder of my weight loss than my Oscar! I hope it has inspired people.

What's this? This is an unbiased just-the-facts news timeline ('newsline') about Jennifer Hudson, created by Newslines' contributors. Help us grow it by finding and summarising news. Learn more