Goodrem has a verbal fight with fellow coach Jessie J and storms off the set of the The Voice, Australia, after a performance of Marilyn’s Monroe’s Diamonds Are A Girl’s Best Friend by O’Callaghan. Goodrem says O’Callaghan’s performance has a good vibe, despite it not turning any seats. Jessie disagrees and continues to critique her. Goodrem takes off her microphone and earpiece, swears and leaves the set.

I can’t sit there and watch artists be embarrassed on stage. I think I had, had enough of the tough love. I want to be someone who wants to encourage people’s dreams.

Jessie J says she knows Goodrem was “genuinely angry” with her but she wasn’t going to change her tune. 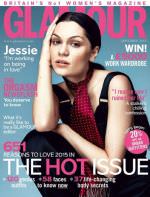 Jessie J appears on the cover of the January 2015 issue of Glamour UK magazine. She talks about her song Bang Bang, moving to America and writing Party in the USA.

Party in the USA paid my rent for, like, three years. Actually it was longer than that. That’s where I get most of my money. I write songs. I’m a singer. I love doing endorsements and stuff, but that’s all added on.

New Jersey-based DJ Mike Gazzo releases his remix of the Jessie J track featuring 2 Chainz on Soundcloud. The official release is due Nov. 24, 2014.

Jessie J co-hosts and performs Burnin Up on The View from her album Sweet Talker.

Jessie J performs her single Burnin Up on The Queen Latifah Show to promote her album Sweet Talker.

Jessie J performs Burnin Up during On Air With Ryan Seacrest promoting her album Sweet Talker.

It was his [producer Max Martin] idea. He called me and he was like, ‘I have this song called ‘Bang Bang,’ do you want to sing it? And I was like, ‘Um, yeah?’ I listened to it and went to the studio quicker than ever before. And then Ariana heard it and she’d recorded some of it also. So it was kind of a joint thing straightaway. And then Nicki heard it in the studio and she wanted to jump on it that day. So it was just natural.

Jessie J performs Bang Bang and Burnin’ Up from the album Sweet Talker on The Ellen Show.

Seacrest interviews Jessie J. during On Air With Ryan Seacrest about the release of her third album Sweet Talker.

I have poured my heart and soul into this record. I am so happy to finally be able to share it with the fans all over the world! 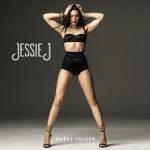 On this album, there’s everything from De La Soul, there’s an 80’s p-funk vibe, and then we’ve got Lindsey Sterling who’s an incredible violinist, there’s loads of different stuff. There’s acoustic stuff of just me and a piano, which is new for me, just me and a guitar. There’s big, kind of heavier production. There’s loads of different stuff. That’s one thing people have said. It’s eclectic. I like to make music for everybody so I hope that everyone can feel something for them.

Jessie J performs the single Burnin Up on Live with Kelly and Michael to promote her album Sweet Talker.

Jessie J performs Bang Bang and Burnin Up during Dancing With The Stars to promote her album Sweet Talker.

Jessie J releases an acoustic version of her single Ain’t Been Done.

Jessie J releases the second single Burnin’ Up that will be featured on her album Sweet Talker. The single features a collaboration with rapper 2 Chainz.

Burnin’ Up’ is about the person that makes you want to take your clothes off!

It’s a constant cycle of inspiration so like, for example, when I heard Fire and when I heard Personal, these are songs that I have lived and so I added my input on the lyric and changed some of the things to really make it suitable for me, to feel comfortable to sing it. And it was an amazing experience to be able to let go like that.”

Jessie J. releases the video for Bang Bang ft. Nicki Minaj and Ariana Grande from her album Sweet Talker. The video is directed by Hannah Lux Davis and features Minaj rapping and dancing on a rooftop helicopter landing pad.

I heard it and was like: “If I don’t record this, I’m an idiot.” I went in the studio that day and recorded it, sent it to Max Martin with some of my changes and obviously I put my vocal down on it. He phoned me and was like, ‘I want to get Ariana on it’, and I was like, ‘I think this is an amazing idea’. And then Nicki heard it and wanted to jump on it, so in an instant it was obviously the first single.

Grande performs her singles Break Free and Bang Bang in the opening act of the 2014 Video Music Awards. Grande is joined by Jessie J and Nicki Minaj during the performance. 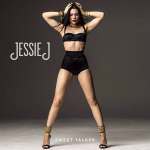 Sweet Talker the official title of my 3rd album! This is the official album cover! So happy to share it with you all! It’s out 13th October in the Uk and 14th October rest of the world.

Seacrest interviews Jessie J during On Air With Ryan Seacrest and questions her on her collabration with Nicki Minaj and Ariana Grande.

It feels like a real fresh start and having Ariana and Nicki on it is just a blessing. I just can’t wait to take it around American like a little present in my pocket, like, ‘Here ya go. Let’s sing it and listen it.’ It’s a really exciting time.

Jessie J performs Domino at Capital FM’s Summertime Ball from her album Who You Are.

Jessie J performs Price Tag at the Capital FM’s Summertime Ball from her album Who You Are.

DJ Cassidy releases the song, Calling All Hearts, which features Robin Thicke and Jessie J. After hearing one verse of the song, Thicke:

I’m recording this song with Jessie. 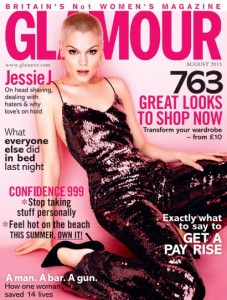 Jessie J appears on the cover of the August 2013 issue of Glamour UK magazine. She talks about why she’s not looking for a relationship and how to deal with haters with the magazine.

I became a cartoon of everyone else’s dream for what I should look like, but I was like, ‘No, I want to be me.’

Jessie J releases her single Wild, a collaboration with Big Sean and Dizzee Rascal and will be featured on her second studio album. On the single making the Top 40 the first week of release:

Never ever ever did I think that it would be so well received without any promo or any radio play.

Jessie J performs Do It Like A Dude at Capital FM’s Summertime Ball from her album Who You Are.
https://www.youtube.com/watch?v=Qo9khhgyG0Y

Jessie J performs Laserlight at Capital FM’s Summertime Ball from her album Who You Are.

Jessie J gives interview to Elle about her single Who Is Laughing Now and its message to bullies.

I wondered if the song was too personal to put on my album. Then I thought, No, if I was 13 or even 35 and I looked up to an artist and they sang about something I was going through, it would help me deal with it.

Jessie J releases the music video for her single Laserlight featuring David Guetta. This is the third single off of her album Who You Are.

Jessie J releases her single Domino, from her debut studio album, Who You Are. The song is a collaboration with writer and producer Dr. Luke. On her second single becoming number one:

I want to say a massive thank you to all my fans, my heart beats, for buying Domino nine weeks before release. It’s insane! I’m going to go and jump in a pool, I don’t know where the pool is, but I’m going to find one!

Jessie J perform Do It Like A Dude during the Brit Awards show to promote her album Who You Are.

Jessie J sings Do It Like A Dude at the Capital FM Jingle Bell Ball from her album Who You Are.

Jessie J performs Who’s Laughing Now at the Capital FM Jingle Bell Ball from her album Who You Are.

Jessie J performs Who You Are at Capital FM’s Jingle Bell Ball from her same titled album. Jessie J appears on the cover of the August 2011 issue of Glamour UK magazine. She talks about working with Justin Timberlake and her stroke.

No one knows about my love life.

Jessie J performs Nobody’s Perfect during The Ellen Show to promote her album Who You Are. 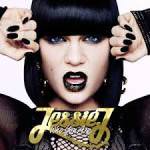 Jessie J releases her debut album Who You Are. The 16 track record features collaborations with David Guetta and B.o.B. as well as singles Price Tag and Domino. On the reception of her album:

It’s been an incredible few months. It feels like I’ve had 10 years (of a) career in one week. To be accepted and also understood as well, I think people are really getting my music and getting me. It’s the best feeling ever.

Jessie J releases her debut single Price Tag. The song is a collaboration with rapper B.o.B. On the longevity of her single:

How I have lived off 13 songs for so many years is beyond me. But I do know that even when I’m 60 I’ll be singing Price Tag, that’s for certain, in a leotard, holding on to my youth.