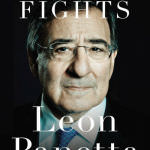 In his memoir Panetta writes critically about the White House Administration, including President Obama, Clinton, Timothy Geithner, and the Iraq war.

Those on our side viewed the White House as so eager to rid itself of Iraq that it was willing to withdraw rather than lock in arrangements that would preserve our influence and interests.