Nintendo releases a trailer for Bravely Second with new job classes designs and their functions on the battlefield. The game will be released in Europe on February 23 and in America on April 15. 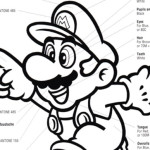 I saw many worried comments over how thin I’ve become. The truth is that after a major operation, I lost weight, but during these past two and a half months, thankfully my weight has stabilized, and I’m progressing well. I would truly like to thank my doctors, the hospital staff, and everyone who has assisted me.

Nintendo accepts the ALS challenge and nominates all of the Nintendo staff.

Nintendo announce a new version of its 3DS handheld. The new pair of 3DS models appear to be literally called “New 3DS” and “New 3DS LL (XL),” but more on that head-scratching name later. Each features an upgraded CPU, a new small analog nub above the SNES-recolored buttons, and additional shoulder buttons next to the current ZL and ZR buttons. It supports sliding custom covers and will have better 3D than previous models as well.

YouTuber TheJWittz posts a tweet saying that the Pokémon Trading Card Game is coming to iPad. A Pokémon representative confirms it is true to Polygon but says they do not have a set release date.

It looks like Pokémon TCGO is in works for the iPad! Should be a huge way to expand the game. #PlayPokemon pic.twitter.com/SPlx3QZaTC

D’Ron Maingrette, a Super Smash Bros announcer, tweets a list of the sponsors for the 2014 Evo fighting game tournament.  The list includes previous sponsors like IGN and Xbox, but this is the first time Nintendo sponsors the event. It marks a change in attitude from 2013’s Evo tournament when they attempt to block Super Smash Bros from being streamed from the event.

Time to memorize the list of sponsors for #Evo2014. One of them is a surprise, I wonder what the big N has planned? pic.twitter.com/x41LIdffWA

Nintendo files a patent for a device that enables 3D viewing on 2D displays. Other features of this device are sense of smell and virtual wind. Using a tracking system, the hypothetical device determines the position of the player or where the player is looking, and determines the player’s viewpoint. This would produce a parallax effect, where images in the foreground move faster and further than images in the background, creating a sense of depth.

Shareholders vote for Satoru Iwata to remain Nintendo’s president at the 74th Annual Shareholder’s Meeting. He is not able to attend due to a recent surgery:

I understand that I have to prioritise my medical treatment and to recover as soon as possible so that I will again be able to do my best to help the company to grow. I hope that you understand.

Nintendo issues Iwata’s statement on his absence on E3:

Thank you very much for your continued extraordinary support of us. I am Satoru Iwata, President of the company. Today, there is one thing that I would like to share with you…Recently, as the result of one of my routine physical examinations, an issue was detected. Following a more detailed examination, a growth was found in my bile duct.In general, it is said that a bile duct growth can be difficult-to-treat, partly because of the difficulty of detecting it early. In my case, luckily, it was detected very early and I had no symptoms. I was counseled that removal at an early stage would be the desirable medical option. Therefore I had surgery last week, and I came through it well, as predicted. I have already resumed my business by email and by other means, but it is anticipated that a little more time is needed for me to return to my regular work schedule. As a result, I have no choice but to miss the company’s very important activity, the Annual General Meeting of Shareholders, to be held this month. As the president of the company, I regret that I cannot attend the meeting. However, I understand that I have to prioritize my medical treatment and to recover as soon as possible so that I will again be able to do my best to help the company to grow. I hope that you understand. Best Regards, Satoru Iwata

Shigeru Miyamoto, game developer and manager of Entertainment Analysis & Development at Nintendo, tells Kotaku that in the future, Nintendo may release games that work both on a console like the Wii U and a handheld like the 3DS:

Phillips wins a lawsuit against Nintendo for infringing on motion technology patents. Although a Dutch company, Phillips is suing in the U.S., Germany and France. Nine Nintendo products violate Phillips’ first patent, which include the Wii, Wii Remote and Wii Remote Plus controllers, Nunchuk, Balance Board, Wii U console, Wii U GamePad, Wii Mini and Wii MotionPlus technology. Two products violate a second patent, which include the Wii U and GamePad console.

Nintendo plans to appeal the decision and says the two patents for recognizing hand gestures and motion are invalid. A third patent violation pertaining to modeling a user in a virtual environment was in question, however Judge Colin Birss rules for Nintendo.

Shigeru Miyamoto and Shinya Takahashi, managers of Nintendo’s Analysis & Development and Software Planning & Development departments respectively, tell Kotaku that they are interested in bringing Minecraft to Wii U or 3DS:

We’ve always thought internally that using the [Wii U] GamePad would probably make for a Minecraft that’s very easy to play. And, of course, if we were to do something with Minecraft on the 3DS, similarly we would probably do it where it would be easier to play and could probably reach a lot of kids.

However, they do not give any details regarding negotiations with Mojang or a timeline for release:

Maybe we’re meeting with them [Mojang]! Who knows?

Reggie Fils-Aime, president of Nintendo of America, says in an interview with Kotaku that, though the Wii U sales are lower than expected, he believes the console can still recover:

We believe the Wii U has a very long life ahead of it. It’s got great content coming that will help define the platform. For us, we think the 3DS is a very illustrative example. It wasn’t just the price cut. It was having great content that started with Kart 7 and 3D Land and then progressed and created a larger and larger footprint.

Following the release of Mario Kart 8 for Wii U, Nintendo and McDonalds partner to distribute Mario toys in Happy Meals. The Happy Meals are set to include one of the eight different toys. The toys run out in less than a day: Locations have lines stretching outside or in upstairs areas, and sell out quilckly. Signs offer to buy customers burgers if they purchase the Happy Meals only for the Nintendo toys. Some individuals, however, are buying the toys to re-sell them online. To discourage this behavior, various Korean websites will place members on a 30-day ban if they attempt to resell the toys.

Nintendo announces a 2015 release for Mario Maker for Wii U. Mario Maker will allow users to create then play their own levels using their stylus. Users will be able to create using the graphics of the original 8-bit Super Mario Brothers game or an updated style.

Judge Richard A. Jones rules that Triton’s patent does not describe a complete invention and dismisses the case. Triton alleged that the Wii’s motion control technology infringes on their own technology patents. The lawsuit has been in process for four years.

We are very pleased with this result. Nintendo has a long tradition of developing unique and innovative products, while respecting the intellectual property rights of others.

O’Brien tackles the highly-anticipated video game by Nintendo, Super Smash Bros. for Wii U in his website’s online segment, Clueless Gamer. Along with associate Aaron Bleyaert, the TV talk show host plays the game while making humorous comments about its characters, design, and gameplay. He decides to try out the game’s multi-player mode and calls on staff members Matthew Kramer and Sonia Movsesian to join in. On his review of the game:

I think that this is a fantastically imaginative game. I myself wish it were simpler. I wish it involved a guy taking a walk and trying to find a cookie. I wish it had one button, there was “Go forward” and another button that was “Eat cookie”.

Philips files a lawsuit against Nintendo for infringement on the patents “Virtual Body Control Device” and “User Interface System Based on Pointing Device.” The company alleges Nintendo was aware of the patents in 2011, and that various Ninendo products that use motion control and remote control devices are in violation. The company requests an amount for damages and a ban on the Wii U system.

The Nintendo 2DS is released as a cheaper alternative to the 3DS. It costs $129.99, compared to the $170 3DS and $200 3DS XL. It supports 3DS games but it lacks the 3-dimensional features that the 3DS has. It also looks more like a tablet than a 3DS because it lacks a hinge. Nintendo explains the features of the device:

What's this? This is an unbiased just-the-facts news timeline ('newsline') about Nintendo, created by Newslines' contributors. Help us grow it by finding and summarising news. Learn more