What's this? This is an unbiased just-the-facts news summary about Sara Bareilles, extracted from the original article by Newslines' contributors. To see the newsline of each topic, click the links below. Learn more 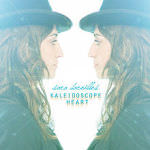 Bareilles releases her album Kaleidoscope Heart. The record features 13 tracks including her singles King of Anything and Uncharted and was produced by Neal Avron.

This time I took more risks. And I am a much more confident person now than I was when I went in to record the first record. I’m older than I was, obviously, and I just have so many more experiences under my belt. I wasn’t so scared this time around and I think that the music reflects that. I tried to write songs that I still was excited about the message but they felt a little more uplifting. I feel like the record reflects that in a way and it’s very autobiographical. It’s totally what I’ve been going through, being worried about change and what I’ve gone through in relationships and just as a human being.