This is a truly amazing group of people. I won’t tell you the hundreds of calls we’ve had asking to come to this meeting. I’m here to help you folks do well. And you’re doing well right now and I’m very honored by the bounce. They’re all talking about the bounce. So right now everybody in this room has to like me — at least a little bit — but we’re going to try and have that bounce continue.

Sandberg writes a tribute to her late husband, Goldberg on her Facebook page:

Dave and I did not get nearly enough time together. But as heartbroken as I am today, I am equally grateful. Even in these last few days of completely unexpected hell – the darkest and saddest moments of my life – I know how lucky I have been. If the day I walked down that aisle with Dave someone had told me that this would happen – that he would be taken from us all in just 11 years – I would still have walked down that aisle. Because 11 years of being Dave Goldberg’s wife, and 10 years of being a parent with him is perhaps more luck and more happiness than I could have ever imagined. I am grateful for every minute we had.

As we put the love of my life to rest today, we buried only his body. His spirit, his soul, his amazing ability to give is still with it. It lives on in the stories people are sharing of how he touched their lives, in the love that is visible in the eyes of our family and friends, in the spirit and resilience of our children. Things will never be the same – but the world is better for the years my beloved husband lived.

Goldberg leaves his room at about 4 p.m. to exercise. After he fails to return, family members go look for him and find him around 6:30 p.m. in one of the resort’s gymnasiums, lying by a treadmill in a pool of blood, with a blow to the lower back of his head. He apparently had slipped on the treadmill and hit the machine. Goldberg still has vital signs when he was discovered, but later dies at a hospital in Nuevo Vallarta. The cause of death is severe head trauma and bleeding.

Facebook is not apologizing for performing a psychological study on nearly 690,000 of  its users in 2012.   Facebook Chief Operating Officer Sheryl Sandberg explains:

This was part of ongoing research companies do to test different products, and that was what it was. It was poorly communicated. And for that communication we apologize. We never meant to upset you.  We clearly communicated really badly about this, and that we really regret. 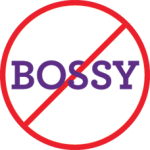 Sandberg said these attitudes begin early and continue into adulthood.

We call girls bossy on the playground. We call them too aggressive or other B-words in the workplace. They’re bossy as little girls, and then they’re aggressive, political, shrill, too ambitious as women. I was called bossy when I was in ninth grade. My teacher took my best friend Mindy aside and she said, ‘You shouldn’t be friends with Sheryl. She’s bossy.’ And that hurt.”

The banbossy.com website gives tips for parents, kids, teachers and others about how to encourage young female leaders. 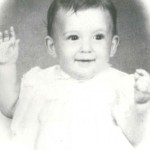 Sheryl Sandberg is born in Washington, D.C. to Adele and Joel Sandberg. Her father works as an ophthalmologist while her mother is a college teacher. She has a younger sister and a younger brother. She attends North Miami Beach High School.

Looking back on my childhood, I thought of myself as a little bossy.