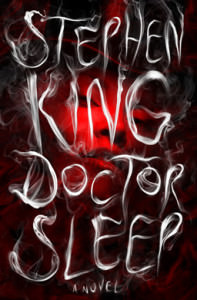 King releases a highly-anticipated sequel to The Shining following Dan Torrance as a grown adult being haunted by the beings of the Overlook Hotel from the hellish childhood year he had spent there with his family. Doctor Sleep also follows a group of traveling gypsies that feed off of the steam released by people who have the Shining as they are slowly tortured to death. While traveling on a promotional tour, King asked his fans for advice about two potential projects he would be interested in working on.

I mentioned two potential projects while I was on the road, one […] a sequel to The Shining called Doctor Sleep. Are you interested in reading either of these? If so, which one turns your dials more? [We] will be counting your votes (and of course it all means nothing if the muse doesn’t speak).

DOCTOR SLEEP by Stephen King
Add your comments below...