The band headlines the Open’er festival with a 90-minute set. Auerbach says the crowd has “ten times the energy” of Glastonbury and tells the audience:

…this is our first time here, we heard about you, they said you were wild.

This marks the first time the band has performed in Poland.

The Black Keys perform Tighten Up during The Late Show with David Letterman to promote their album Brothers.

The Black Keys perform I Got Mine during The Late Show with David Letterman to promote their album Attack & Release.

TMZ leaks White’s private emails after wife Elson submits them in the couple’s divorce proceedings. The emails include comments made about Auerbach of the Black Keys, whose children are attending the same school as White’s:

That’s a possible twelve f***ing years I’m going to have to be sitting in kids chairs next to that a**hole with other people trying to lump us in together. [Auerbach] gets yet another free reign to follow me around and copy me and push himself into my world.

the black keys drummer should be slapped around haha

We want to thank our fans.

Auerbach talks about the impact of The Black Keys’ album Brothers:

Absolutely. I mean, it was our seventh record, so to finally hear our songs on the radio was kind of crazy, and it opened up the door for other songs to get played. But we’d toured like crazy, and each record sold better than the last one, so we definitely laid the groundwork.

The Black Keys wins Grammys for Best Rock Performance By A Duo Or Group With Vocals for Tighten Up and Best Alternative Music Album for Brothers.

We never expected to get a Grammy-ever.

TIME chooses Thickfreakness as its third best album of 2003:

While the blues were being embalmed over on PBS, this twenty-something Akron white-boy duo released a great, contemporary blues album — to absolutely no acclaim. The Keys may pillage the occasional Stevie Ray Vaughn or Hendrix lick, but they’re not playing the blues to be precocious. They’re doing it because Dan Auerbach’s rusty holler is 100% pure ache. 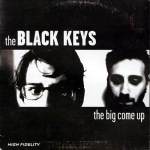 its first album, the “garage-ish” blues-rock The Big Come Up. The album features covers of Junior Kimbrough, the Beatles, and traditional blues in addition to 10 original tracks, ending with the 23:20 “240 Years Before Your Time”. On the decision to release the album on the Southern California indie label Alive, Auerbach says:

They released [albums by] Doctor Ross the Harmonica Boss as well as Stooges records. I figured they might understand what we were doing.

The Black Keys mails demos out to a number of record labels. Boissel signs the band and offers to release their first full-length. When asked Patrick Boissel at Alive Records response:

I received the demo in the mail. I think I later got an email from Dan mentioning Dr Ross, I thought it was cool. I called him and the rest is history as they say. That’s how I remember it.

What's this? This is an unbiased just-the-facts news timeline ('newsline') about The Black Keys, created by Newslines' contributors. Help us grow it by finding and summarising news. Learn more