What's this? This is an unbiased just-the-facts news summary about Valentino Rossi, extracted from the original article by Newslines' contributors. To see the newsline of each topic, click the links below. Learn more 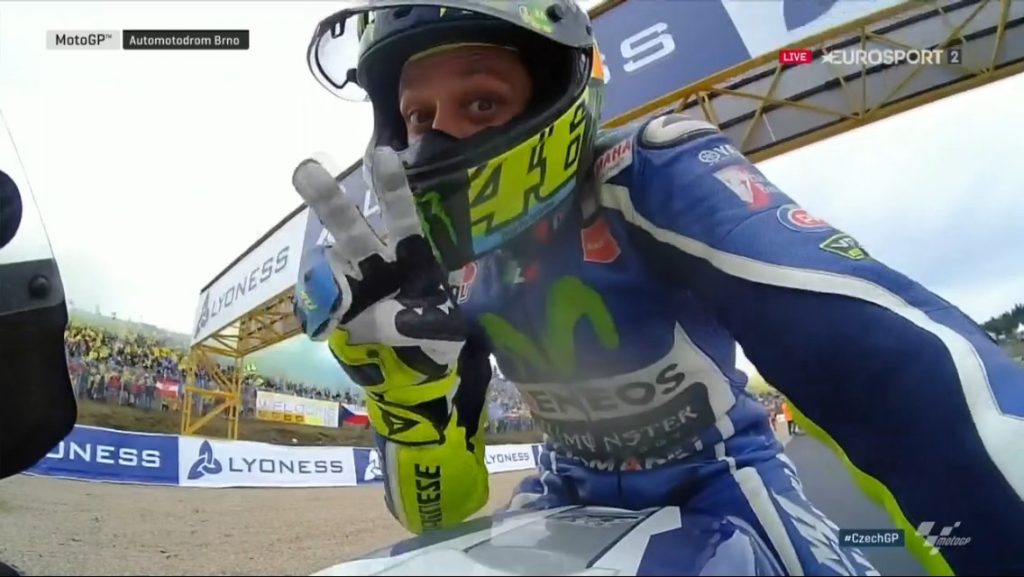 Rossi takes second place in the Czech Republic GP at Brno. After starting from sixth place on the grid, he drops back to 12th place. However, his tyre combination (soft front/hard rear) begins to pay dividends as the track dries out. With seven laps to go he overtakes Marc Marquez to take fifth place; with five laps to go he overtakes Hector Barbera, and shortly thereafter overtakes Andrea Iannone to finish behind race winner Cal Crutchlow. Rossi overtakes Jorge Lorenzo in the World Championship, trailing Marquez.

At the beginning I was desperate because I think we had made a mistake. But lap-by-lap the rear was coming back. I had to concentrate and not make any mistake…It was a great race I’m very happy with this 20 points, because I am second in the championship. I think that today we did a good job and we made the right choice.