What's this? This is an unbiased just-the-facts news summary about 500 Startups, extracted from the original article by Newslines' contributors. To see the newsline of each topic, click the links below. Learn more 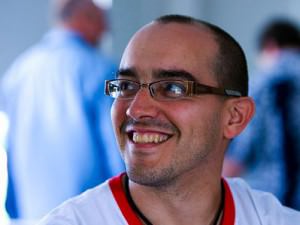 Dave McClure grew up in West Virginia and Maryland where his father was an elementary school music teacher. After graduating with an engineering and computer science degree at John Hopkins University, he took various programming roles, which led him to the West Coast where he founded his own consulting company called Aslan Computing. It was eventually acquired for under $1MM in what Dave described as, “spending 5-7 years doing a ton of work, for not very much money. It was more like a paid MBA and I wish I’d had that 5-7 years compressed to 1-2 years.” He adds, “There were a lot of things I learned that I would not have gotten as employee 300 at Paypal.”