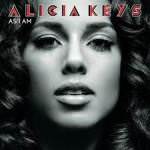 Keys releases As I Am, her second studio album. Popular hits on this album includes No One which was Keys first single, followed by Like You’ll Never See Me Again, Teenage Love Affair, and Superwoman. As I Am sold over five million copies worldwide. Keys collaborated with John Mayer, Linda Perry, and Jack Splash.

Even when I’m singing on record there’s a lot of times when I’ll fight for a bit of imperfection. I might not have quite hit the note to the perfect pitch but there was a soul in there and feeling that, to me, delivers the emotion of that moment. For me, doing a show, the excitement of singing live, and the possibility that you’re not gonna be perfect – that’s the thrill of it. 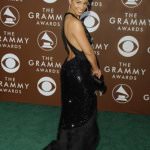 Keys wins the Grammy for Best Female R&B Vocal Performance for If I Ain’t Got You, and Best R&B Album for The Diary of Alicia Keys.

Keys and Usher wins the Grammy for Best R&B Performance By A Duo Or Group With Vocals for My Boo.

Keys and West wins the Grammy for Best R&B Song for You Don’t Know My Name.

Keys and Usher perform My Boo at the American Music Awards for album Confessions.

Keys speaks about why she left Columbia Records in an interview for O Magazine.

Once I saw that these people were completely disrespecting my musical creativity. I was devastated and crushed, like a blooming flower that’s trampled on. Nothing hurts more. I’m fortunate that my manager was confident. Some of our incredible legends will die with nothing. They were jerked.

The artist releases If I Ain’t Got You, from The Diary Of Alicia Keys.

The song idea came together right after Aaliyah passed away. It was such a sad time and no one wanted to believe it. It just made everything crystal clear to me -- what matters, and what doesn’t.

Alicia Keys - If I Ain't Got You

The artist releases You Don’t Know My Name, featuring West, from The Diary Of Alicia Keys. Keys:

It was the first time that I ever worked with at the time a kind of relatively unknown guy named Kanye West. He was this really excited guy. He had this song out called Through The Wire.He’s always been a super passionate guy. 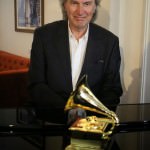 The artist releases her single, A Woman’s Worth, from her album, Songs In A Minor. The video is shot in Brooklyn near the area that Keys grew up.

Alicia Keys - A Woman's Worth

Alicia Keys performs Fallin during the Grammy Awards show to promote her album Songs In A Minor.

The artist releases her single, Fallin’, from her album, Songs In A Minor.

There were so many people who didn’t believe in it, because it went so much against the state of radio at the time. And just the journey of writing it -- about how when you love someone but you’re in and out, the struggle… When I sing it, I remember the years and years it took to get to a place where people would hear it, and I’m just so grateful.

Alicia Keys - Fallin'
Do you love news? Help us add and summarize the world's news. Find out more