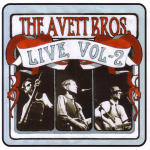 The band releases a live album that includes fourteen tracks recorded at a sold-out November 22, 2003 performance at Charlotte, North Carolina’s Neighborhood Theater. Three more live tracks from a July 16, 2004 concert, are added at the end of the disc. In this clip, the band performs Love Like the Movies on a live radio show, just three months before recording it for the album.