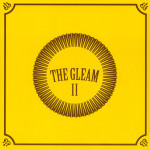 The band releases an EP that includes eight tracks on downloaded and vinyl productions, but only eight on the CD disc.Scott Avett says:

We’ve seen a lot of temporary, disposable, plastic music in the mainstream. When the public becomes over-saturated with that, it’s very pleasing to the ear to hear something more simple and human and with less libido, like someone’s just talking to you.

Avett Brothers
Add your comments below...