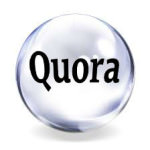 Many people thought it strange that Quora, the Q&A site that is sometimes touted as “the next Wikipedia” (it’s not) would join the internet startup accelerator Y Combinator, especially after receiving an $80 million financing led by Tiger Global in April 2014. That investment was “meant to spur its growth and protect its independence,” whatever that means. I thought the objective of an investment was to make money.

Over 2000 companies applied to Y Combinator this last session (Newslines was one of the ones that didn’t get chosen). Usually Y Combinator is for startups: A couple of guys (rarely girls) starting out with a great idea. If chosen. YC gives $120,000 in seed money for around 7% of the company, three months of mentoring, and most importantly access to venture capital. About 40 companies are chosen. The program has had several major successes: DropBox, AirBnb and Reddit all started on the program.

So why Quroa? CEO Adam D’Angelo told TechCrunch that YC invested an amount that was similar to their standard $120k, based on the valuation of their Tiger Investment-led round ($80 million invested at $900 million valuation) which amounted to only 0.013% of the company. D’Angelo explains:

It’s a pretty minor thing. We let YC put in a little bit of money. We’re not trying to pretend to be a small company. We just wanted to be part of the network.

And on Quora itself he said:

There are a bunch of reasons why it’s valuable for Quora to be a YC company:

We were raising money anyway, so there was no overhead in letting YC participate. And independent of the benefits to Quora, I think it will be fun personally to participate in some of the YC events. I hope my perspective can help some of the other companies.

I doubt very much it’s a “minor thing”. Everyone knows there is only one reason to join Y Combinator: To get access to investors. Why does a company that already has huge venture funding want to be part of a network? The answer lies in the content.

Quora’s Big Question: Is this monetizable?

The key to riches for content sites is to get the number one on Google search results. While Quora may have a lot of questions on its site, there simply isn’t much money in them. The problem with all Q&A sites is that they split the topic, so their search authority is lessened. A question such as: “How can I fix my Toyota Camry?” is much less valuable than the search term “Toyota”. The company that holds the search for “Toyota Camry” can easily add a Q&A section. The company that holds a bunch of questions about Toyota will never get that power.

When asked about how they were going to make money by TechCrunch D’Angelo said:

it’s very likely that we will have an ad-based revenue model. We’ll experiment but I think that’s the most likely outcome.”

Remember this is four years into the project. None of the $80 million raised in April was raised to to build an ads team, or to generate revenue. There is no mention of revenues in the statement on why Quora joined Y Combinator.

Show me the money

TechCrunch notes that Quora does not give out its usage statistics:

Quora has been cagey about its stats since forever, only talking in relative growth and vanity metrics rather than absolute user counts. For example, Quora says it grew 3X in all metrics from May 2012 to May 2013, and hit 500,000 topics in April 2014. This makes it tough to know exactly how popular it is, but the general consensus hovers around “known amongst Silicon Valley intellectuals” and “just not big enough”. Quora exec Marc Bodnick did tell me last month that public measurement services “significantly underestimate” Quora, and “are off by a factor of 5X to 15X.” An average of (sometimes inaccurate) comScore and Compete numbers for February multiplied out would put Quora somewhere between 5.5 million and 16.5 million monthly users, plus the 40 percent of its users it’s said are on mobile.

These are not good numbers for a company that is valued at almost a billion dollars. But even so, it begs the question: If you could earn almost $8 million just from putting AdSense on your site, why wouldn’t you?

Is this the real life?

It’s often said that it’s best not to show any advertising revenues to investors because it shows reality, when what you want to sell investors is the fantasy. Once investors have a baseline revenue to work from they extrapolate, reality sets in, and they get worried. Better not to give them any clues, sell them the dream, take their money and move on to the next guy (rarely girls). Sites like Quora are representative of Bubble thinking — let’s get to IPO and offload this before the whole thing collapses.

If Quora could be making money already they would be. I believe Quora’s founders and its existing investors already know that the site cannot perform as well as their investors want them to. That’s why they are so cagey about their stats and their revenue model. And it explains why they need Y Combinator — they need access to even more investors to make the scheme work.

People who invest in late-stage companies that have no revenue model are not investors, they’re idiots.