This article is part three in a series about Wikipedia’s problems. See here for the others. 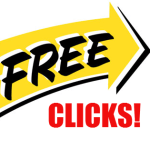 In this article I discuss how the way Wikipedia’s links to sources breaks usability and results in many unnecessary clicks. I also offer a simple solution and discuss how the design metaphor hobbles the site’s presentation and functionality.

There are three types of link on a Wikipedia page: internal, external, and sources. Internal links link to other pages on Wikipedia and are created by adding double square brackets around the word you want to link. For example, the text [[Barack Obama]] will link from the page you are editing to Barack Obama’s page.

Then there are external links to other sites. These are made by using single square brackets. For example, [Newslines| https://newslines.org] will create a link to Newslines. These are rare now, and have generally been replaced by links from numbers that are added after the text to a Reference section at the bottom of each page.

Get your extra clicks here!

Let’s say you want to check a source: Here are the steps:

Why are three clicks required to play a YouTube video? Let’s reduce it to one.

A link to the past

In 2012, during the run up to the Presidential Election I created a site called WeCheck that aimed to be a collaborative fact check. The site used MediaWiki, the same software that Wikipedia uses. The site wasn’t a big success, but, as a way to understanding the facts better, it got me creating news-based timelines, which then became Newslines.

I soon realized that MediaWiki would not allow me to sort or filter the information on the page. The timelines I created could only run one way. This is because MediaWiki (and Wikpedia) works on a page metaphor: Uses create entire pages that cannot be split into events, while timelines are based on individual events. I needed to find a system that could manage smaller pieces of data that could be combined into a page.

Over a period of four months I investigated various content management solutions. I spent a lot of time on Drupal, but it was too inflexible, then Joomla, which didn’t have enough of a community, then settled on WordPress. I copied the individual events, which were in a long text list on MediaWiki pages over into separate posts on WordPress. Now I could sort and filter the inidual events. But what about the links?

As for the references to sources, I was so used to the footnotes style of Wikipedia that I replicated it in WordPress. I used a plugin called FD footnotes, which allowed me to add references in the text, that looked like this: [1. New York Times htp://nyt.com/restofurl.html] (you will see the reference at the bottom of the page). There are still some old posts that have this format, see an example here, and we continue to use footnotes for offline references.

Because I was so ingrained into the Wiki way of doing things, it took me a few months to realize that it wasn’t necessary to create footnotes at all — I could simply add links to the post in the same way any link is added. But there was a problem: How could I stop the links to sources conflicting with the internal links?

Let’s say you have a source that says Barack Obama signed an executive order and the text is:

The standard way to create the link to the source from that text is to link the entire text.

But that long link conflicts with the internal link for Barack Obama. The solution: Link the source from the verb, in this case, on the word “signs”.

Now there is no conflict. If someone wants to see the source they click “signs,” the verb, and if they want to see the internal page for Barack Obama they click the noun.

This is the format we use on Newslines, and in over 2000 posts there has been no conflict. If the reader wants to know the name of the source before they click it, they can mouse over it and it will be seen on the status bar.

But even one link is too many. In the case of YouTube videos and Twitter posts we can reduce the number of clicks a user needs to make to get to the source to zero by simply embedding content into the post. Check our Google Glass page. There is no need to go to Twitter, Google Plus, or YouTube to see the content — it’s embedded directly into the posts. There is no embedding in Wikipedia.

Wikipedia is a book

Not that long ago my wife and partner, Mary, said that she hardly read Wikipedia because it is “like a book”. By this she meant the presentation was boring, flat, and uninteresting, but it is also functionally like a book:

Wikipedia’s link policy, and the lack of embedding, are examples of what happens when you design for the web using real-world style cues (known a skeumorphism). Apple stopped making its iPhone diary application look like a real-world diary because the fake leather look gets in the way of what diary data can be. When it looks like a page, you make the data behave like a page. When it looks like a book your writers, programmers and readers will treat it like a book.

The web has much more functionality and style than a book. It’s a pity — and an opportunity — that Wikipedia hasn’t caught up.