Fantasia talks about her suicide attempt. She says she has been battling depression since 2004. Also, she had a fallout with her relationship with Antwaun Cook, and had criticism from producers of the show American Idol for past decision and choices Fantasia made in her life.

When I was on Idol … they weren’t really looking at my gift…[Producers] were focusing on all the bad things I had done before I made it there. I have feelings, you know. I’m human.

After putting out my Lifetime movie and my book [Life Is Not a Fairy Tale], [people] picked certain things in the book, [saying], ‘She’s illiterate, she’s dumb’. Barrino decides to go back to Broadway and debut her talents in After Midnight. The show has a Harlem Renaissance style to it and portrays events of the 1920’s and 30’s.

Life on tour is really great, but I miss my Broadway family. I am very excited to have the opportunity to rejoin this incredible company while also supporting the Harlem School of the Arts, whose mission is close to my heart.

Fantasia is a Grammy nominee for Best Urban Contemporary Album for Side Effects Of You.

Barrino, Elliott, Lambert, Samuels, and Stewart are Grammy nominees for Best R&B Song for Without Me.

Fantasia is a Grammy nominee for Best Traditional R&B Performance for Get It Right.

Fantasia performs Stormy Weather at the Pre-Grammy party from the album Side Effects of You.

Fantasia performs I’m Doin’ Me on The Wendy Williams Show to promote her album, Back To Me. 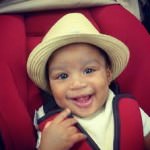 And I share this with you because I can relate to you.

I’m going to be very honest with you. You know I wasn’t at the GRAMMYs last night. I’m kind of going through my own little thing… Last night they were honoring someone who is my idol, Aretha Franklin, and there is no way I could have sat there and not got the happy feet and wanting to jump on the mic because she is my favorite so I felt like, you know, at the end of the day I should have been on that stage so, I kind of did my own little thing last night.

I watched Cee-Lo’s performance, I love Cee-Lo, love Gaga, watched Gaga, and I love Rihanna’s performance, but I kind of cooked and did my own think last night and was in my own world and was hoping that I won. I have this feeling, like every year I go, I feel like they always look over some of the good singers that are still around and I’m not trying to be funny but that’s just the way I felt.

Fantasia performs single I’m doing me on the Wendy Williams Show to promote her 3rd studio album Back to me.

There isn’t a whole lot I can say about Antwaun legally, otherwise you and I could have sat down for days and talked about this situation. But you know the bad part about it is when press gets things. They take it and blow it up into their own story. And they have done that to me all the time. They did that with the foreclosure and calling me dumb. They just turn their own story on it.

Fantasia is hospitalized inMercy South Hospital at Carolinas Medical Center in Pineville, North Carolina for a drug overdose on sleeping aids and aspirin after a suicide attempt. Barrino’s manager, Brian Dickens, notifies police. The incident is still under police investigation. The week before Fantasia’s overdoes, Paula Cook, filed a lawsuit in Mecklenburg County court last week against her husband, Antwaun Cook. Paula claims Antwaun and Fantasia were having an affair the year prior. Dickens:

Fantasia speaks to Winfrey in an interview for O Magazine about being raped as a teenager.

I had a crush on this guy. He was the best ballplayer, and all the girls wanted him. I thought I had no chance with him. One day during a game after school, I was flaunting around in an itty-bitty dress. I was flirting, and he told me, You’re going to get something you don’t want. And that’s exactly what happened. Yes. I went home and threw away my clothes. I didn’t tell my mama because I thought she would say, I told you so. I just lay on my bed, and I didn’t go to school for a couple of days. My mom came to me and said, Something’s not right with you. I know that somebody put his hands on you. That’s when I knew I had her support. We turned the guy in, but going back to school was hell; his homeboys would say, I’m going to do to you exactly what he did. They thought it was funny. That’s when I quit school.

Barrino talks about performing the song Summertime on American Idol:

That was the night that everything changed. People came up to me and said, I wasn’t voting for you at first, but I have no other choice now, baby. That night, I wanted to be pure. I wanted the world to hear me cry out [sings]: One of these mornings, y’all gonna rise up singing, then you’ll spread your wings, and fly to the sky. I wanted people to see me, to change their minds about me. And that night, they did.

Barrino stars as herself in the biopic Life Is Not a Fairytale. Barrino overcomes sexual abuse, illiteracy, and other setbacks. She then becomes the winner of American Idol in 2004 which changes her whole life. Co-stars include Debbie Allen, Viola Davis, Loretta Devine, and Kadeem Hardison.