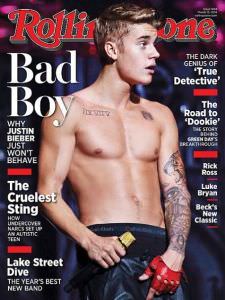 Bieber appears on the cover of the March 2014 issue of Rolling Stone magazine. A source tells the magazine about Bieber breaking down in tears, his intervention, and his father’s influence on him.

His father’s not a great influence. They’re almost not like father and son — it’s more like two best friends.