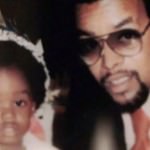 When Combs is only three years old his father, Melvin, is fatally gunned down after a failed drug deal due to being mistaken as a police informant. He is killed in his car in Central Park by a former friend and associate. Melvin Combs is a known friend to convicted New York drug dealer Frank Lucas.

They say you can’t miss something you never had, but that’s only a little ways right. There’s definitely been times as I’ve gotten older that I’ve missed my father – – his presence – – not being here.

Confessions: Diddy Opens Up About His Father, Melvin Combs
Add your comments below...