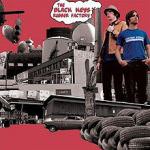 The band releases its third studio album, recorded in an abandoned General Tire Factory in Akron. The release is marked by discord between the band’s two labels, Epitaph and Fat Possum. Auerbach says:

When we first started, I didn’t even know it was possible to have a CD.

Now we’re living in the Ronald McDonald House of limbo-dom.