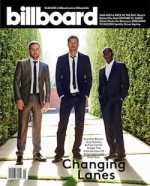 Troy Carter
Add your comments below...