Rubio writes an article in USA Today defending NSA’s phone-snooping program. He claims that there has not been a not a single documented case of abuse of NSA’s program.

The government is not listening to your phone calls or recording them unless you are a terrorist or talking to a terrorist outside the United States…There is not a single documented case of abuse of this program. Internet search providers, Internet-based email accounts, credit card companies and membership discount cards used at the grocery store all collect far more personal information on Americans than the bulk metadata program.

Cohen tells USA Today that the series finale of Who’s the Boss? will be a happy one.

We will deliver on this romance. Tony and Angela are headed down the road to marriage. 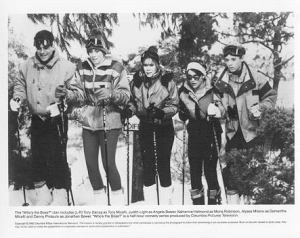