A mass grave is found miles inland from the U.S. Mexico border. These bodies are being gathered from the deserts that surround a immigrations checkpoint in Falfurrias, Texas. Despite this discovery of a mass grave on U.S. soil, Texas officials see that there is “no evidence” of wrongdoing.

They’re unmarked, they’re unidentifiable, and there’s no information on these individuals. We anticipate at least several hundred may still be buried within the cemetery.

Steinle’s parents say that while they respect the immigration sanctuary laws of SF, their daughter wouldn’t have been killed by Sanchez if ICE had been complied with.

We’re here for kate and I think I can speak for my wife when I say its a non issue…It would have been so much better if he were gone and they would have done what they should have done, absolutely, without a guess definitely but that’s not how it is.

Obama announces the plan to issue an executive order that will allow around five million people living in the U.S. without legal visas to remain in the country:

We’re going to offer the following deal. If you’ve been in America for more than five years; if you have children who are American citizens or legal residents; if you register, pass a criminal background check, and you’re willing to pay your fair share of taxes – you’ll be able to apply to stay in this country temporarily, without fear of deportation. You can come out of the shadows and get right with the law.

All we’re saying is we’re not going to deport you.

Obama says that he will order his own federal action on immigration, potentially allowing five million people who are in the U.S. without legal visas to receive amnesty. He says in a video released via Facebook that the action will be announced in a speech at 8 p.m. Eastern on Thursday, Nov. 20.

Tomorrow night I’m going to be announcing, here from the White House, some steps I can take to fix our broken immigration system. 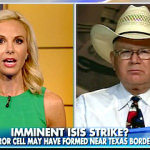 A counter-terror official says ISIS militants have discussed the possibility of entering the U.S. via the Mexican border over social media, but says the Department of Homeland Security believes the border currently remains safe. Francis Taylor, DHS undersecretary for intelligence and analysis:

There have been Twitter and social-media exchanges among ISIL adherents across the globe speaking about that as a possibility. [DHS is] satisfied that we have the intelligence and the capability at our border that would prevent that activity.

Border officials say there is no evidence that ISIS militants are entering the U.S. via Mexico despite evidence that the possibility is being discussed on social media accounts related to ISIS. They say that radicalized militants returning to the U.S. remain a greater threat. Department of Homeland Security official Jennifer Lasley tells the House Homeland Security border security subcommittee:

We don’t have any credible information, that we are aware of, of known or suspected terrorists coming across the border.

The number of known watch-listed persons we are encountering on the Southwest border is minimal compared to commercial aviation. We’re talking tens versus thousands.

Nicknamed La Bestia or The Beast, the Mexican train used by Central Americans to reach the U.S.-Mexico border, plans to triple its speed to around 18 miles per hour to reduce the number of stowaways climbing aboard. A statement from the rail company doesn’t address additional safety concerns raised by the increased speed. A fall from the moving train, also known as el Tren de la muerte, can be fatal for migrants.

Biden’s visit to Guatemala to address the number of illegal immigrants entering the US from that country turned into a mixed message.  After meeting with Central American leaders Biden says:

We do intend, and everyone agreed, it is necessary to put them back in the hands of a parent in the country from which they came.

Then, later  on in his statement he indicated that some children will be able to stay in the US:

Along with opening an additional detention center for illegal immigrants, the Obama Administration announces it will also work to process them more quickly.  According to The Wall Street Journal, the facility located in New Mexico, one of several facilities in the US,  will house the families while they wait deportation. Alejandro Mayorkas, deputy secretary at the Department of Homeland Security:

What's this? This is an unbiased just-the-facts news timeline ('newsline') about Illegal Immigration in the US, created by Newslines' contributors. Help us grow it by finding and summarising news. Learn more