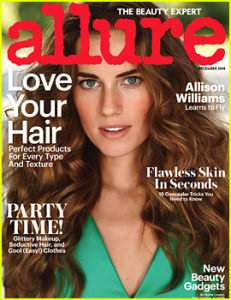 Williams appears on the cover of the December 2014 issue of Allure magazine. She talks about the similarities between her and Marnie, her body image, the most offensive thing anyone has said to her.

I cut off my hair twice. It was in high school, and a boy that I had a crush on said, ‘You’ve lost your aura.’ It was, to this day, the most offensive thing anyone’s ever said to me. And it was before extensions were everywhere, and I just had to muscle through it.