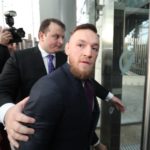 Three players of Rajasthan Royals gets relief on spot fixing charges. Sreesanth breaks down and cries in relief.

My daughter will be so happy and I am very relieved my innocence is proven.

The Wisconsin Supreme Court orders a special state prosecutor to shut down an investigation into Walker’s political fundraising and permanently destroy all the evidence it has collected:

To be clear, this conclusion ends the…investigation because the special prosecutor’s legal theory is unsupported in either reason or law.

Nungesser is found “not responsible” for any sexual assault on Adam, his alleged male victim, due to contradictions within Adam’s account and to Facebook exchanges between the two men. Adam had alleged that during a private conversation between the two men, in response to “relationship troubles” between him and his then-girlfriend (the “Natalie” who would later accuse Nungesser of assault) Nungesser massaged Adam’s back and shoulder and then gently pushed him down and massaged his crotch for approximately two to three minutes, while he was frozen in shock. Nungesser said that there was no sexual contact between the two during this conversation.

Additionally, the Alpha Delta Phi officer known as “Leila” who testified on behalf of Adam is the same person who wrote an email to the ADP listserv calling for Nungesser’s resignation and allegedly encouraged other members to come forward against Nungesser. Investigators:

At the time of the Complainant’s initial disclosure, at least several of his close friends and co-fraternity members were engaged in a process intended to evict the Respondent from the fraternity house.

Zuma is acquitted of raping a 31-year-old family friend on 2 November 2005. In a four-hour ruling broadcast live on radio and television, the judge says the state had not proven the case beyond reasonable doubt. He also refers to evidence given by the defence, suggesting that the complainant has a history of making false accusations of rape.

Zuma admitted having had sex with the woman, but insisted it was consensual. The judge says Zuma would not have risked forcing himself on the woman when his own daughter was in the house and police were on guard outside, who would have heard the accused if she had cried out. After the judgement, Zuma addresses a crowd in nearby Beyers Naude Square:

A person who is charged remains innocent until proven otherwise – this is one of the golden rules of our constitution but the press broke this rule. Today the bad dreams have evaporated.