Keys is released from the Satellite Prison Camp Atwater, in Atwater, California, after serving out most of his two-year sentence. He is living in a halfway house for two months as one of the conditions of his release.

I suffered to move here, to get my family here …. I can’t go back. [I will be killed in Iraq].

The Pentagon says fifteen Guantanamo Bay detainees have been transferred to the UAE, the largest such release in years. The latest transfers bring the remaining population of the detention center down to 61. Twelve of the prisoners released on Monday were from Yemen; the other three were from Afghanistan. The UAE has taken in a total of 20 prisoners for resettlement. Two of the Afghan prisoners — Mohammed Kamin and Obaidallah, who only has one name — had been briefly charged in a military commission. The war crimes prosecutor dropped those charges. The other 13 prisoners had never been charged with a crime.

Ten Yemeni detainees are transferred to Oman, dropping the prisoner population at Guantanamo Bay below 100 for the first time. The move is the single largest transfer of detainees from the facility. It is estimated that 780 detainees have passed through Guantanamo Bay since it opened in 2002.

Pu is released early from Beijing’s number One Detention Centre after serving 19 months for “inciting ethnic hatred” and “picking quarrels” on social media post. He was originally going to be detained for three years. He is released under “residential surveillance”, and has 10 days to decide whether to appeal against his conviction and sentence.

After 11 months, Pistorius is released from Kgosi Mampuru II jail at 8pm by a member of his legal team and taken to correctional services headquarters where he meets his parole officer. After processing he is taken to his uncle’s villa in Pretoria, where he has a private cottage. He will be kept under house arrest. The conditions of his parole are not released.

Judge Bunning releases Davis, saying he is satisfied that her deputies fulfilled their obligations to give marriage licenses to same-sex couples in her absence. Bunning’s new order says Davis, once free, still cannot interfere with her deputies issuing marriage licenses to all legally eligible couples. Davis is released from jail, and says she plans to return to work this week. When a reporter asks if her stay in jail was worth it, she smiles and nods. Attorney:

I can guarantee you, knowing Kim, she loves God, she loves people, she loves her work, and she will not betray any of those three. She’ll do her job good. She’ll serve the people…and she’ll also be loyal to God, and she’s not going to violate her conscience.

Israel releases all suspects held in connection with the Dawabsheh attack. An Israeli official says that all the suspects arrested were freed, but did not provide further details, including their number.

Tensing pleads not guilty in court and is released on bond. Judge Shanahan set;s Tensing’s bond at $1 million. Tensing has his head bowed, eyes closed and does not look at anyone in the court. Tensing’s father and other family members are  in the courtroom during the arraignment. When Shanahan sets the high bond, applause breaks out in the courtroom, and she admonishes the attendees. Tensing’s lawyer says he would do his best to raise the money to get his client out of jail and Tensing leaves the Hamilton County jail eight hours later after spending the night behind bars. 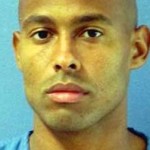 Jones, the youngest murder convict in the U.S history will be released in two weeks from a Florida prison after an eighteen-year sentence. He and his 13-year old sister were responsible for the murder of their father’s girlfriend. Jones has became an ordained minister in prison. He will remain on probation for the rest of his life.

President Obama grants clemency to 46 men and women who have spent years and faced decades in prison for non-violent, drug offenses.

Their punishments didn’t fit the crime, and if they had been sentenced under today’s laws, almost all of them would have served their time. I believe…America is a nation of second chances. And I believe these folks deserve a second chance.

Israeli authorities releases Adnan, n often-detained member of Islamic Jihad, after he spent more than 11 months in jail. He is turned over at a West Bank checkpoint before being taken to Jenin Hospital for medical tests.

It was the most gracious expulsion I’ve ever experienced. Compared to my past two wives that expelled me this isn’t a terrible trip.