ISIS releases a video showing Cantlie apparently reporting on the situation in Kobani. (Full video here.) In the unedited footage a black-dressed Cantlie with a goatee beard and longer hair says the battle for the city is over, and notes that it is quiet except for very occasional sporadic automatic weapons fire, which can be heard in the background. He cites Patrick Cockburn’s article in The Independent about how Kobani was on the brink of falling to ISIS. He also quotes U.S. administration officials as saying the town was strategically unimportant, and Kerry’s statement indicating that Turkish president Erdogan is unwilling to help the Kurds. The video starts out with aerial footage said to be from an ISIS drone of ‘Ayn Arab,’ its Arabic name.

All I see here in the city is mujahideen, no YPG, PKK, or peshmerga in sight.

He says no journalists are in the city and media are getting their information from Kurdish commanders and the White House:

He says the battle is over:

The battle is coming to an end. The mujahideen are going from street to street and just mopping up now…Urban warfare is about as tough and as nasty as it gets, and it is something of a specialty of the mujahideen 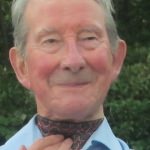 Paul Cantlie passes away at the age of 81 from penumonia-related complications. He was brought up in Nanking until the Japanese invasion during the second world war, and his father was said to have designed much of the railway infrastructure throughout China. Cantlie later served as a governor of Southampton General hospital. A statement says that the family had tried to contact John in the last few days before the death was made public. His family:

[He will be] remembered by many for his fortitude, quiet courage, wry humour and keen intelligence, as well as for his great gentleness. Cantlie again describes himself as a British citizen abandoned by his government. He dismisses the military response’s effectiveness:

Obama is terribly busy insisting US ground troops won’t be going back into Iraq. Thus even the Pentagon admits airstrikes are a stop-gap military measure that will not disrupt the Islamic State activities.

He says it is a political tactic:

Meanwhile, America puts 1,200 troops into Baghdad to protect their embassy and the airport. Surely sounds like boots on ground to me… The rise of the Islamic State give Obama a chance to look tough in the media just as midterm elections approach.

On relations between the U.S. and ethnic and sectarian minorities:

Since when has America cared about the fate of a minority in the Muslim lands? Modern history is sadly littered with religious minorities being crushed and neither the U.S. nor anyone else said anything.

Jessica Cantlie says she is speaking on behalf of Paul, her and John’s father, and asks ISIS to resume contact with the family:

We continue to send messages and await your response so that in keeping with everyone’s wishes, we can restart dialogue. We implore you to initiate direct contact.

Cantlie warns of the dangers of a ground war:

Anyone hoping for a nice neat surgical operation without getting their hands dirty is in for a horrible surprise once it gets underway.

He says videos of beheadings are a ‘win-win’ for ISIS:

If these executions force public outcry or a policy change, that is a huge victory. And if they only goad our governments into dropping more bombs and spending millions more dollars, making our countries weaker in the process, that is a victory, too.

ISIS publishes a letter apparently written by Cantlie to his family in Dabiq magazine. Experts say the letter is likely genuine. Cantlie:

To my darling wife, my friends in the media and my family: let our political leaders know it doesn’t have to be this way. For now, I am still alive, but at some point in the near future the mujahidin will surely run out of patience.

Death holds no fear over me; I have lived beneath its wings for a long time.

But if that is to be my final destination, I would rather look it in the face knowing this was a fair fight and not a hollow capitulation.

Cantlie’s father, Paul, records the message to ISIS after a throat operation.

My family and I are trying to communicate with the Islamic State to deliver an important message regarding John and can only hope that it has been received as we have had no response.

To those holding John: please know that he is a good man, he sought only to help the Syrian people and I ask you from all that is sacred, to help us and allow him to return home safely to those he loves and who love him.

He says the video released by ISIS was the first time that Cantlie’s family have seen him in two years. On Cantlie’s work in Syria:

[He was] seeking out the true story of the suffering of the Syrian people and ensuring the world was made aware of their plight.

John felt a strong need to help in the best way that he could: as an impartial and respected journalist he knew that he could make a difference by acting as a platform for the world to listen to and take notice, using his journalistic skills for the good of the people; as a friend and as a civilian.

Cantlie appears in a third video, criticizing Obama’s speech about ISIS and the coalition plans:

It was all disappointingly predictable; America is good, the Islamic State is bad; and they will be defeated using aircraft and a motley collection of fighters on the ground. For their part the Islamic State say they welcome meeting Obama’s under-construction army.

I’m John Cantlie, the British citizen abandoned by my government

He criticizes the U.S.’s involvement in the fight against ISIS, including a quote from Obama’s time as a senator in which he says he opposes a ‘rash war.’

[Obama] has been inexorably drawn back in, but he’s at pains to point out that this is not the equivalent of the Iraq War. Indeed, it’s far more complicated and prone to failure.

He says the ‘pre-9/11 Afghans’ are once again in control of a large part of Afghanistan and that the estimated 15,000 troops needed to fight ISIS are ‘laughably low,’ and the ‘full might of the American war machine’ can’t stop the group.

Telegraph journalist Freeman, who was previously kidnapped by pirates in Somalia, says Cantlie has been portrayed as an ‘adrenalin junkie’ for returning to Syria after his first kidnapping, but says this isn’t true. He says Cantlie sent a message before going back into Syria expressing concern that the paper would see him as reckless, but says as a professional front-line correspondent, Syria is where his job was:

The John I know is aware of the dangers all too well, but chose to face them in order to document the brutality of the Assad regime first hand…I doubt John even saw it as much of a choice: in his view, he was simply going back to work.

ISIS releases a video showing Cantlie, a British photojournalist kidnapped in Syria in 2012, speaking on behalf of the group. Cantlie acknowledges that he is a captive:

Now, I know what you are thinking. ‘He is only doing this because he is a prisoner, he’s got a gun at his head

He says that this video and future productions will give more information about ISIS:

There are two sides to every story. Think you’re getting the whole picture?

He questions the motivations for the west becoming involved:

After two disastrous and hugely unpopular wars in Afghanistan and Iraq, why is it that our governments appear so keen to get involved in yet another unwinnable conflict?

Cantlie is traveling in the same vehicle with Foley when both were abducted. A media blackout is put in place that lasts almost a year and a half, in an effort to protect the two.

Cantlie decides to return to Syria to continue reporting:

This is what I do.

After being smuggled into northern Syria by rebel activists, Cantlie captures the situation in Idlib province first hand as President Assad’s forces continued to try and crush the rebels.

Cantlie says he is eager to return to Syria despite his abduction.

I am itching to get back out there. The only thing stopping me is my cameras, as I lost them out there and need to buy some more.

Cantlie and Oerlemans are freed by members of the Free Syrian Army. Oerlemans:

They are driven out of the camp while the FSA shoot into the air. Oerlemans on the group’s ideology:

Where the FSA seems to be fighting for democracy, these foreign fighters don’t want anything more than imposing sharia on Syria. Syrians are pretty moderate Muslims in general, but they want to put them under the boot of sharia law.

Cantlie is treated for his gunshot wounds by a British doctor using an NHS medical kit. He suffers nerve damage in his left arm.The man says he is 28 years old and has a wife and child in Britain. Cantlie:

When he told me he was an NHS doctor, I thought it was weird. This is a man who has taken an oath to save people and help them, and here he is walking around with a Kalashnikov and preaching sharia law. There are not any doctors who I know that do that.

Cantlie says the doctor is from south London and wants to treat trauma cases when he returns to Britain.

Cantlie and Oerlemans attempt to escape on the second day of their captivity, but are shot by the jihadists. Cantlie:

I ended up running for my life, barefoot and handcuffed while British jihadists — young men with south London accents — shot to kill. They were aiming their Kalashnikovs at a British journalist, Londoner against Londoner in a rocky landscape that looked like the Scottish Highlands.

Cantlie and Oerlemans are kidnapped in Syria after crossing the Turkish border at Bab al Halwa. Their guide unintentionally leads them to a jihadi camp, where between 30-100 fighters from Bangladesh, Britain, Chechnya, and Pakistan are based. They are told that if they can prove they are journalists they will be let go, but are then accused of being spies. The group’s allegiance is not clear. Oerlemans:

They were definitely quite extreme in their religious beliefs. All day we were spoken to about the Koran and how they would bring Shariah law to Syria. I don’t think they were Al Qaeda; they seemed too amateurish for that. They said, ‘We’re not Al Qaeda, but Al Qaeda is down the road.’

What's this? This is an unbiased just-the-facts news timeline ('newsline') about John Cantlie, created by Newslines' contributors. Help us grow it by finding and summarising news. Learn more