Trump orders the flags on his properties to fly at half-staff to memorialize the marines who were killed in the Chattanooga attack. His campaign criticizes President Obama for not ordering American flags lowered.

President Obama orders flags to be lowered to half-staff at the White House and federal buildings across the country until July 25, to honor the victims of the shooting, after facing pressure from lawmakers and others.

We honor their service. We offer our gratitude to the police officers and first responders who stopped the rampage and saved lives. We draw strength from yet another American community that has come together with an unmistakable message to those who would try and do us harm: We do not give in to fear. You cannot divide us. And you will not change our way of life.

Governors in several states are boosting security for National Guard recruiters and all military institutions by arming National Guardsman and other employees. Oklahoma Governor Fallin:

It is painful enough when we lose members of our armed forces when they are sent in harm’s way, but it is unfathomable that they should be vulnerable for attack in our own communities. For that reason, I want to make sure that our National Guardsmen are authorized to arm themselves at our military facilities.

Recruiting centers could be targets and that’s why I want the National Guard moved until officials are comfortable that they will be safe. We’ve got to understand that, you know, we have people in our country that want to harm the military. They need to be safe and they need to be armed.

After the recent shooting in Chattanooga, it has become clear that our military personnel must have the ability to defend themselves against these type of attacks on our own soil,’’ Abbot said. ‘‘Arming the National Guard at these bases will not only serve as a deterrent to anyone wishing to do harm to our service men and women, but will enable them to protect those living and working on the base.

Similar actions are being taken in Arkansas, Louisiana, and Indiana while other states are currently reviewing their security policies.

Abdulazeez’s family blame depression for turning their son’s actions. The family also say he was taking antidepressant medications at the time of the shooting.

There are no words to describe our shock, horror, and grief. The person who committed this horrible crime was not the son we knew and loved. For many years, our son suffered from depression. It grieves us beyond belief to know that his pain found its expression in this heinous act of violence.

In a statement family members say that their son had suffered from drug and alcohol addiction since he was in his early teens. They also stated that he used substances to self medicate his depression. In addition to marijuana, alcohol and several anti-depressants, Abdulazeez was taking muscle relaxants for a back problems as well as another prescription medication to help him sleep. Family spokesperson:

[Abdulazeez] suffered from depression since his early teen years and also fought drug and alcohol abuse, spending time in Jordan last year to help him clean himself up. He was self-medicating, deeply depressed and having a hard time working the night shift at his job. Navy Petty Officer 2nd Class Randall Smith — a reservist serving on active duty in Chattanooga — dies with members of his family by his side. Smith was the father of three young daughters. He entered the Navy after losing a college baseball scholarship to a shoulder injury.

Abdulazeez’s family members offer condolences and sympathy to the families of those killed.

We extend our deepest sympathies and condolences to the families of the honorable servicemembers and police officers who were victims of the shooting our son committed on Thursday in Chattanooga, Tennessee— our community, and one we have loved for over twenty-five years. Our prayers go out to the victims’ families, friends, and everyone who is affected by this tragedy. We understand there are many legitimate questions that need to be answered. Having said this, now is the time to reflect on the victims and their families, and we feel it would be inappropriate to say anything more other than that we are truly sorry for their loss.

The four victims are identified by the Marines as Gunnery Sgt. Thomas J. Sullivan of Hampden, Massachusetts, who was deployed twice during the Iraq war and received two Purple Hearts; Staff Sgt. David A. Wyatt of Burke, North Carolina, who had been a Marine for more than 11 years and was deployed three times, including twice in Iraq; Sgt. Carson A. Holmquist of Polk, Wisconsin, who was deployed to afghanistan; and Lance Cpl. Squire “Skip” K. Wells of Cobb County, Georgia. The victims’ remains are being transported to Dover Air Force Base in Delaware.

President Obama condemns the shooting deaths, says a full investigation is under way, and says the Department of Defense is working to bolster security at all of its facilities.

It is a heartbreaking circumstance for these individuals who have served our country with great valor to be killed in this fashion. I speak for the American people in expressing our deepest condolences. We will be thorough and prompt in figuring out exactly what happened. We take all shootings very seriously.Obviously when you have an attack on a U.S. military facility then we have to make sure that we have all the information necessary to make an assessment as to how this attack took place and what precautions we should take in the future.

Abdulazeez dies of unknown causes during the attack. Officials confirm his death, but refuse to provide any other details at this point in time.

The local law enforcement had a great response and they were able to neutralise the threat. 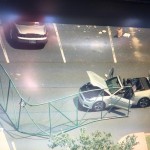 About eight miles away, and 30 minutes later, Abdulazeez opens fire on a recruiting center in, Amnicola Highway, Chattanooga. Four marines are killed, and Abdulazeez is killed. 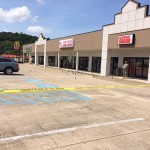 Abdulazeez opens fire from a white Ford Mustang on a military recruiting office on Lee Highway, Chattanooga. Witnesses say one man is shot in the back of the leg, but there are no fatalities. Witness:

I looked out of our window and I seen the guy in his car, a silver Mustang, drop top, a white guy and he had a high-powered rifle and was just firing shots into the Air Force, Navy and Marines office. I don’t even know how many shots he fired, but it was a lot. … After he got done opening fire, he pulled out really quick.