The State of Florida executes Bolin for the murders of Collins and Matthews. The lethal injection is delivered at 10:16 PM, after a four-hour delay due to an attempt to convince the Supreme Court to hear his appeal. Matthews’ mother, Kathleen Reeves, said that it did not matter that Bolins’ death warrant only held the name of one of his victims.

He only dies once.

An anti-ISIS group says 300 people from Iraq’s Electoral Commission, including 50 women, have been killed by an ISIS firing squad at the Galzani army camp for being ‘apostates and infidels’. 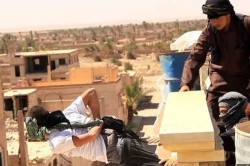 Islamic State militants execute two men accused of being gay by throwing them from the roof of a tall building in Palmyra and then stoning them. ISIS has been using its fighters in honey traps to expose gay men and then kill them. 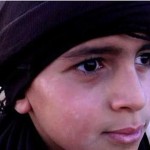 An Islamic State video shows a boy who seems to be no older than ten beheading of a Syrian Officer in the ancient city of Palmyra. This is the first time the Islamic State has publicly filmed one of its young recruits beheading  a captive.

ISIS executes Abu Usman al-Hassan – one of the group’s commanders and Abu Bakr al-Baghdadi’s representative in Mosul — on charges of conspiracy, for plotting a coup against the group. Syrian and Arab fighters withdraw towards Raqqa in protest of the execution. An eyewitness says there had been disagreements between Usman and other commanders. Images released by the group show a man accused of ‘having sex with animals’ and ‘having a homosexual affair’ being stoned. Forced to wear a scarf over his eyes, the man’s hands are bound behind his back as he stands next to a freshly-prepared grave. A dozen ISIS fighters throw large rocks at the victim while the all-male crowd watch on. Graphic close-up shots of the man’s broken body show his injuries. The group also publishes images of a prisoner of war, who had been caught fighting and spying on behalf of the Assad regime, being beheaded in the Syrian desert.