Oculus VR Chief Executive Iribe unveils Netflix’s app for the Samsung Gear VR headset, which will ship in November. The app will also be available on Oculus Rift following its commercial launch in early 2016. The app consists of Netflix Living Room, a feature which enables users to watch movies and TV shows in 3D. The complete Netflix catalog will be accessible when the app is available on the Oculus store.

Netflix announces that it is allowing employees to take unlimited maternity or paternity leave during the first year after their child’s birth or adoption. They can return on a full- or part-time basis, and even take subsequent time off later in the year if needed. Netflix will “keep paying them normally,” eliminating the hassle of having to switch to disability leave.

Netflix’s continued success hinges on us competing for and keeping the most talented individuals in their field. Experience shows people perform better at work when they’re not worrying about home. This new policy, combined with our unlimited time off, allows employees to be supported during the changes in their lives and return to work more focused and dedicated.

Netflix strikes a deal with Jolie to direct and produce First They Killed My Father, based on a memoir of the same name by Ung. This is the latest example of investing in their own quality programming online, instead of streaming other studios’ programming. Jolie, deeply affected by the book, is determined to turn it into a movie:

Films like this are hard to watch but important to see. They are also hard to get made. Netflix is making this possible, and I am looking forward to working with them and excited that the film will reach so many people.

Netflix purchases the rights to produce a feature film based on Hastings book The Operators: The Wild and Terrifying Inside Story of America’s War In Afghanistan. Pitt will star as the military general in the satirical comedy. The film will be released in 2016.

Stamos confirms that Netflix has ordered 13 episodes of a Full House spin-off to be called Fuller House. The focus of the series is on:

As big fans of the original Full House, we are thrilled to be able to introduce Fuller House’s new narrative to existing fans worldwide, who grew up on the original, as well as a new generation of global viewers that have grown up with the Tanners in syndication.

Netflix announces they will partner with DiCaprio’s Appian Way production company for a series of documentaries. Netflix:

We will seek to develop and acquire documentaries and docuseries with partial focus on environmental and conservation themes.

Reubens will star in Pee-wee’s Big Holiday, the third movie of the series, which will be directed by John Lee and produced by Judd Apatow for Netflix. The plot involves Pee-wee meeting a mysterious stranger who inspires him to take his first-ever holiday. Netflix CCO Ted Sarandos:

We didn’t hesitate for a moment knowing that Pee-wee’s Big Holiday was such a passion project for Paul and Judd and we are delighted by the opportunity to introduce such a beloved character to a new generation. We are thrilled to bring our viewers around the world the wonder of Pee-wee Herman.

Judd and I dreamt up this movie four years ago. The world was much different back then— Netflix was waiting by the mailbox for red envelopes to arrive. I’ve changed all that. The future is here. Get used to it. Bowtie is the new black.

Netflix postpones the airing of Cosby’s new stand-up show, Bill Cosby 77 , due to sexual allegations that have surfaced against the comedian.

At this time we are postponing the launch of the new stand-up comedy special Bill Cosby 77.

Handler chats about looking for things that she doesn’t know about, and learning about them in her new show Uganda Be Kidding Me, which will premier on Netflix.

The company announces that starting October 1, 2014 all seven seasons, 153 episodes in total, of Gilmore Girls will be available. The show aired from 2000 to 2006 on the WB and then on the CW. The show was created by Amy Sherman-Palladino and is about a single mother Lorelai Gilmore (played by Lauren Graham) raising her daughter Rory (played by Alexis Bledel) in Stars Hollow, Connecticut, a fictional town that fully believes it takes a village to raise a child.

As part of a protest against a recent proposal from the Federal Communications Commission that would open the door for internet service providers to charge consumers more for “prioritized” data, an image of a wheel spinning infinitely will display on Netflix and numerous other sites today.  The spinning wheel will switch between saying “If there were internet slow lanes, you’d still be waiting” and “Protect internet freedom, defend net neutrality.” When users click on the pop-up buffering wheel, they will be redirected to the homepage for “Battle For The Net,” an activist website that invites users to “Join the battle for net neutrality” and shows users how to send a letter lawmakers in protest. The new FCC proposal would enable companies like Comcast, AT&T, and Verizon to charge a fee to highly frequented websites, like Netflix, to ensure they were part of an internet “fast lane.” If a website chooses not to pay the fee, the internet providers could then deliberately slow down internet speeds to that website, prioritizing those that pay. 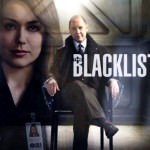 Netflix picks up a major network show, The Blacklist, for $2 million per episode. The first season will begin streaming next weekend. The $2 million figure appears to be the largest that Netflix or any other streaming service has paid for rebroadcast rights.

The company reports that its profits doubled due to an increase in both US and international subscribers.  The recent price increase of $1 per month for US subscribers did not deter new users from signing up.  The company added 570,000 U.S. customers in the second fiscal quarter, which ended June 30th, surpassing 50 million worldwide subscribers for the first time in the company’s history. It added 1.12 million customers in international markets.

Verizon and Netflix both make statements saying they are not to blame for the buffering users experience when accessing Netflix from a Verizon connection. Verizon’s blog post says the slowdown is caused by the fact that Netflix does not negotiate with them about how to manage the large amount of traffic it sends to Verizon’s network:

Netflix is responsible for either using connections that can carry the volume of traffic it is sending, or working out arrangements with its suppliers so they can handle the volumes.

A Netflix spokesperson responds in a statement to The Verge that it is Verizon’s responsibility to upgrade its connections so they can handle the traffic:

Congestion at the interconnection point is controlled by ISPs like Verizon. When Verizon fails to upgrade those interconnections, consumers get a lousy experience despite paying for more than enough bandwidth to enjoy high-quality Netflix video.

Netflix creates and distributes it’s third original show, Orange is the New Black. Ten years after carrying a briefcase filled with drug money, Piper Chapman, played by Taylor Schilling, is sentenced to 18 months in federal prison. Leaving behind her fiance, she finds herself in the middle of a group of outcasts in New York’s Lichfield Prison for Women. Based on the novel Orange is the New Black: My Year in a Woman’s Prison by Piper Kerman, the show has been nominated for 12 Primetime Emmy Awards and has a strong fan following.

Starring Kevin Spacey as a southern Democrat plotting to become Secretary of State, House of Cards premieres on Netflix as one of the site’s first pieces of original content. The show, created by Beau Willimon, is renewed for a second and third season after a large fan following demanded more episodes.

Steven Van Zandt stars in Netflix’s first original series, Lilyhammer, about a New York gangster relocating to Norway. When the pilot episode premiers, 998,000 viewers (one fifth of the population of Norway) tune in. After the sucess of the first season, a second was planned, but Van Zandt’s conflicting schedule with Bruce Springsteen and the E Street Band’s Wrecking Ball Tour delayed production.

After a significant dip in Netflix stock, Starz Entertainment announces that they would not be renewing their deal with Netflix. The agreement was strictly for streaming movies, so Netflix DVD rentals were not affected. Starz’s decision means Netflix customers will no longer have access to movie titles from Disney or Sony Pictures, as Starz was the sole distributor of the films.

Netflix partners with Starz Entertainment to bring more than 2,500 titles available to watch instantly on the Netflix site, a feature called Starz Play.

Netflix initiates an initial public offering, selling 5.5 million shares of its common stock at $15 per share. It is traded under the symbol “NFLX”.

Netflix offers a monthly subscription to customers. For a flat monthly rate, customers can rent films without due dates, late fees, shipping and handling fees, or per title rental fees.

Marc Randolph and Reed Hastings found and launch the Netflix website after Hastings was outraged at a $40 overdue fee when he tried returning Apollo 13 to a local video rental store. Originally, Netflix was created with 30 employees and only 940 titles for rent at 50¢ a piece.

What's this? This is an unbiased just-the-facts news timeline ('newsline') about Netflix, created by Newslines' contributors. Help us grow it by finding and summarising news. Learn more