What's this? This is an unbiased just-the-facts news summary about John Lennon, Paul McCartney, extracted from the original article by Newslines' contributors. To see the newsline of each topic, click the links below. Learn more

Lennon’s assassination made him a ‘martyr’ 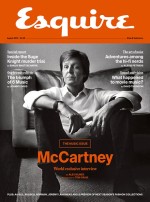