Sewel resigns from The House of Lords:

The question of whether my behaviour breached the Code of Conduct is important, but essentially technical. The bigger questions are whether my behaviour is compatible with membership of the House of Lords and whether my continued membership would damage and undermine public confidence in the House of Lords. I believe the answer to both these questions means that I can best serve the House by leaving it. As a subordinate, second chamber the House of Lords is an effective, vital but undervalued part of our political system. I hope my decision will limit and help repair the damage I have done to an institution I hold dear. Finally, I want to apologise for the pain and embarrassment I have caused.

Blount quits after less than two months on the job as Reddit Chief Engineer, having come there from Facebook. She said her move is not directly linked to Pao’s exit, but noted that she had lost confidence in the new direction of the company, and that she could not deliver on promises being made to the community.

I feel like there are going be some big bumps on the road ahead for Reddit. Along the way, there are some very aggressive implied promises being made to the community — in comments to mods, quotes from board members — and they’re going to have some pretty big challenges in meeting those implied promises.

Blount says she believes Pao’s exit was an indirect consequence of gender discrimination, and that Pao had been placed on a “glass cliff” — a term used to describe women being set up for failure by being put in leadership roles during crises.

Victoria wasn’t on a glass cliff. But it’s hard for me to see it any other way than Ellen was. [However] I wouldn’t say my decision to leave was directly related to my gender.

When I chose to step into the shoes of my beloved friend Joan Rivers at Fashion Police, I was thrilled to continue her legacy as a woman being brash and eccentric on television. I am a freedom-loving female and gay rights activist who loves to find the funny in all people, attitudes, beliefs, and appearances, but only when the context permits intelligent humor. I thought that I could bring my brand of humor to Fashion Police so that beautiful people in beautiful dresses could be teased when appropriate. My brand of humor, while unrepentant and unafraid, is all about CONTEXT. There is plenty to make fun of in pop culture without bringing people’s bodies into it. Again people…context! Listen, I’m no saint — I’m a feminist AND a Gurrrrl who loves an offensive joke or a well-timed barb and you will find plenty in my repertoire. But I do not want to use my comedy to contribute to a culture of unattainable perfectionism and intolerance towards difference. I want to help women, gay kids, people of color and anyone who feels underrepresented to have a voice and a LAUGH! That has been my platform for decades and my body of work speaks for itself. After 7 episodes of Fashion Police, I discovered that my style does not fit with the creative direction of the show & now it’s time to move on. I wish E! and the E! only the best and I hope to continue to make you all laugh performing live or on television where I can be smart, irreverent, unrepentant and unafraid in an observational way that is candid, honest and justified. Thank you to my fans for taking the ride with me. See you at the gay bars…and the MF-ing KENNEDY CENTER Saturday, June 20 and everywhere else! Tickets on sale at KathyGriffin.com. How’s that for unapologetic?

Karlie and I met several months ago to discuss the many things she hoped to do in her life and career. As we talked, it became clear she would not have the time to fulfill her myriad commitments. Reluctantly, we agreed she would leave the brand at the end of her contract. Karlie is one of a kind, a very close friend, someone I truly admire and love. She is, without question, one of the best models ever. But she is an even better person. Her future is unlimited, and I am excited to see all the good she will do. Karlie Kloss will always be an Angel to me.

Lane announces on Twitter that she has parted ways with WWE.

"Every new beginning comes from some other beginning's end." pic.twitter.com/e6QylAnT92

Russo announces his separation with TNA wrestling. Russo has worked as a consultant and writer for the company in recent years.

Officially DONE w/TNA. Today they “suggested” a break, I declined. Finality was better for me.

Guerrero leaves WWE after nine years with the company. She pens a heartfelt goodbye for publication on WWE.com

It has been an amazing 9-year career at WWE. I started at WWE as Eddie’s wife, and now I am leaving with my own identity. I loved performing in front of millions of people. Whether you hated or loved me, I appreciated every moment. I gained some amazing friendships that will always be kept in my heart. It is time to turn the page and start a new career in medical administration.

WWE announces the release of Brodus Clay as part of the company’s “fat trimming” budget cuts. WWE wishes Clay the best in his future endeavors.

Thank you American Idol for a life changing experience. Wouldn’t trade it for the world. Time to focus on the Music.

Graham announces that he is stepping down from his day-to-day role at the site. Kat Manalac and Garry Tan will be take over responding to individual comments, and others will be responsible for design, code and community management.

I’ll still be around as a user, but less frequently than when I felt I had to check the site every hour or so to make sure nothing had broken. 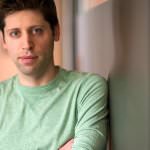 Graham announces that he is stepping down from his day-to-day role, and Altman will take over.

It has nothing to do with the current startup environment. I started trying to recruit Sam to take over back in 2012…I’m just not much good at running the sort of (comparatively) large organization YC is going to have to become.  Sam will be much better at that.

He will stay on as an advisor and will work with startups at Office Hours.

Sting wrestles TNA Champion, Mangus in Title vs Career match at Genesis event. Sting loses the match and sees his TNA contract torn up as result.

I’ve wondered what (the TNA Booking Team’s) intentions are. When I was inducted into the Hall of Fame, I asked Dixie if she was putting me out to pasture and she said “Absolutely not.” I’m giving you a straight-up answer: It (all of these actions) makes me wonder.

On December 22nd, 2013 I officially resigned from TNA Entertainment. Thanks to everyone involved for all the fantastic memories! #grateful

The decision, which was made by McMahon, was first told to us by a source in the company that it was possible, if not likely on the day of SummerSlam, stemming from the now-infamous 2K Sports symposium where Ric Flair spoke at length about a variety of subjects. … Ross took heat from management for not cutting Flair off and keeping the symposium to what it was scripted to be.

Tensing starts the Ohio State Highway Patrol’s 26-week training academy in Columbus but quits after one day, saying he “couldn’t adapt to the training environment.” Jobs with the highway patrol are considered highly competitive, and an applicant is required to pass a rigorous months-long background check. After resigning from the highway patrol, Tensing returns to his job with the Greenhills police.

Andy Rubin, co-founder of Android Inc., decides to leave Android and work on other projects at Google. He is replaced by Sundar Pichar, one of the lead managers of Google Chrome’s development:

Having exceeded even the crazy ambitious goals we dreamed of for Android—and with a really strong leadership team in place—Andy’s decided it’s time to hand over the reins and start a new chapter at Google.

AOL announces that Arrington is officially out of the blog. Arrington:

It’s no longer a good situation for me to stay at TechCrunch. [It’s] a sad day for me.

We love Mike and it was the right, amicable decision that we came to together. We’re super excited about our relationship with him going forward.

I wanted to tell all of you out there who have watched the show for the past 15 years that after listening to my heart and my gut — two things that have served me pretty well in the past — I’ve decided I’ll be leaving Today at the end of May. I really feel as if we’ve become friends through the years.

Punk leaves TNA when the company ends their talent sharing agreement with Ring of Honor. Punk, wishing to still compete in ROH, severs ties with the company entirely to continue working with ROH.

Graham leaves Yahoo after spending one and a half years working on Yahoo Store, the new iteration of Viaweb. He says the company lacked a clear vision, and was somewhere between a tech company and a media company:

Project managers at Yahoo were called “producers,” for example, and the different parts of the company were called “properties.” But what Yahoo really needed to be was a technology company, and by trying to be something else, they ended up being something that was neither here nor there. That’s why Yahoo as a company has never had a sharply defined identity.